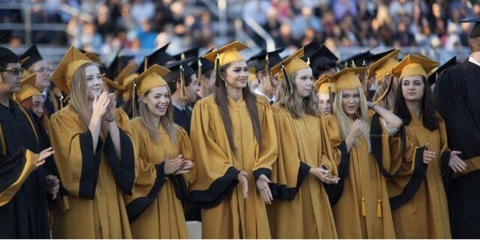 It's that time of year again when Pomp and Circumstance plays on a loop, tasseled caps go flying, and students celebrate their academic achievements with an endless circuit of parties. And celebs are no exception. These scholarly stars donned their robes and marched toward the podium to get that hard-earned piece of paper. (Celebs, they're just like us!)

School of the Art Institute of Chicago 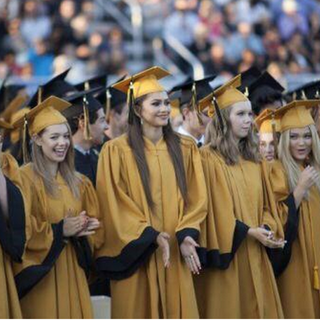 Advertisement - Continue Reading Below
Sarah Lindig Senior Digital Editor, Special Projects Sarah Lindig is the senior digital editor, overseeing special projects for Harper's Bazaar.
This content is created and maintained by a third party, and imported onto this page to help users provide their email addresses. You may be able to find more information about this and similar content at piano.io
More From Celebrity
Prince William Statement on Prince Philip's Death
Meghan and Harry Are Facing Security Threats
Advertisement - Continue Reading Below
Selena Gomez Is Drenched in Fake Blood on Set
Amanda Seyfried Talked About Having Panic Attacks
Harry Arrives in the U.K. For Philip's Funeral
Matthew Perry Deletes 'Friends' Reunion Instagram
The Queen's Corgis Are Helping Her With Her Grief
Charles is Looking Forward to Seeing Harry Again
Will & Harry to Walk Together at Philip's Funeral
Beyoncé Wore Tweed Micro Shorts for Date Night