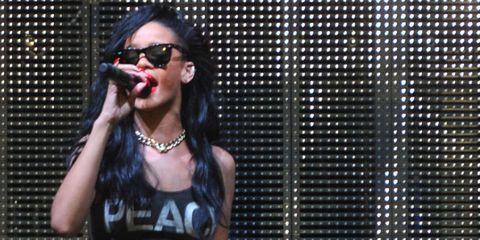 In reality, Calvin Harris and Rihanna's hit "This Is What You Came For" is less than a year old. But if you've ever wondered what the song would have sounded like three decades ago, you now have the answer...because internet.

According to Billboard, YouTube user/music remix genius Saint-Laurent posted the video, which reimagines the dance hit as an '80s power ballad, complete with a VHS-quality version of the video that feels right out of the 1980s.

There's even a killer guitar solo, because would it really be an '80s ballad without one? Answer: No. No it would not.