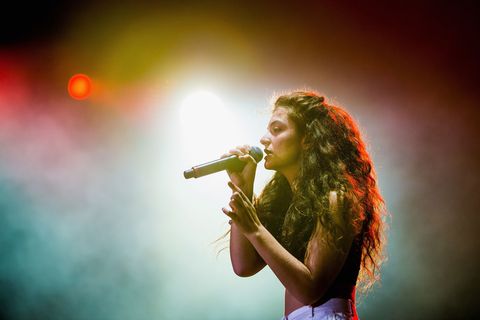 If you've been craving new music from Lorde, you're not alone. The soulful New Zealander hasn't released a solo track since 2014, when she recorded four songs for the Hunger Games: Mockingjay—Part 1 soundtrack. And her last album Pure Heroine (which gave us hits like "Royals" and "Tennis Court") was released wayyyyy back in 2013.

The point is: We've been waiting for Lorde's new music for a long time, and now she's delivered the first track and video (!!!) from her upcoming album. Welcome to "Green Light." We're already obsessed.

Lorde describes "Green Light" as "complex, and funny, and sad, and joyous," and we completely agree.

The song is also the introduction to her sophomore album, Melodrama, which will cover "the story of the last 2 wild, fluorescent years of my life."