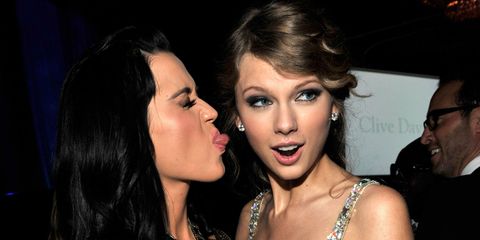 It seems as though the rivalry between Taylor Swift and Katy Perry is going to continue for a little while longer. According to ONTD, Swift's 2014 album 1989 was streamed more times last week than Perry's latest release, Witness. This is particularly significant as Swift made the major decision to allow her music back on to Spotify, on the very same day that Perry released her new record.

Some were suspicious of the timing of Swift's decision to return to Spotify, but it's clear that fans were excited to have her back on the streaming site.

Perry's latest album, Witness, has been met with lukewarm reviews. According to ONTD, her sales were dramatically down compared to 2013's Prism, and "Witness was the 17th most streamed album in the USA" during its first week of release.

This news is unlikely to help heal the rift between the pair.