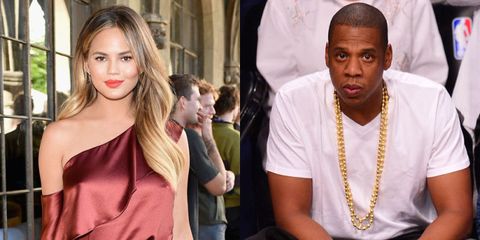 When Jay Z's new album, 4:44, was released, fans couldn't wait to listen. It wasn't surprising that the album was exclusive to Tidal, the streaming app Jay Z co-owns. What was surprising was that fans who signed up for the service specifically to hear 4:44 were met with an unpleasant surprise: They weren't able to stream it.

In order to listen to the album on the day of release, fans either had to have an existing Tidal subscription (established before June 26) or have signed up to a new trial subscription through Sprint. Fans who signed up for Tidal after the album dropped were met with a message that read, "JAY-Z 4:44 is only accessible to Sprint/TIDAL customers and all TIDAL accounts established prior to June 26th during the exclusive period," Refinery 29 reports.

And there were some celebrities and music insiders among those disappointed fans. Mark Ronson, who's worked as a producer for Bruno Mars, tweeted about his frustration:

I signed up for Tidal solely to listen to a Jay Z album, which turns out is the only thing I can't listen to on Tidal pic.twitter.com/xp0Y0FP9EX

Chrissy Teigen also tweeted some frustration—although hers came through with typical Chrissy humor.