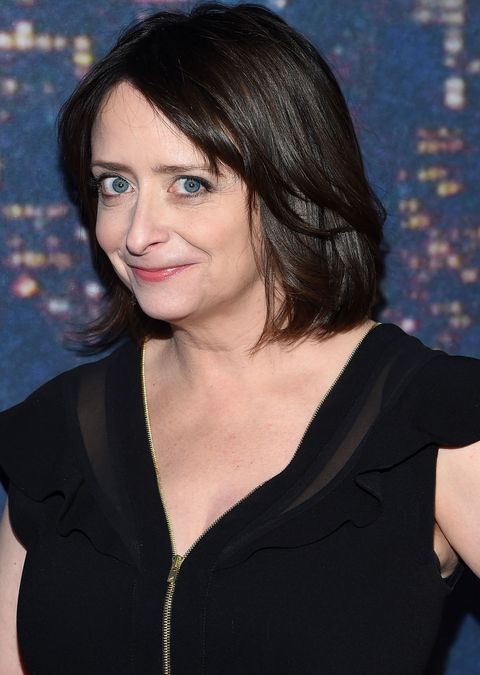 Galentine's Day—February 13—is of course Leslie Knope's favorite holiday, a girls-only fete toasting female friendship. "It's like Lilith Fair, minus the angst. Plus frittatas!" quipped Knope in season two.

"I didn't even know it was for Galentine's Day," Rachel Dratch said, laughing, when asked about the gathering on the red carpet of SNL's 40th anniversary special this weekend . "It was just a bunch of SNL ladies hangin' out." The ladies Dratch is referring to? None other than Kristen Wiig, Maya Rudolph, Ana Gasteyer, and former series writers Paula Pell and Emily Spivey. (And you thought your friends were cool...) "It was fantastic," Gasteyer added. "We just got drunk and and had a fun time."

In December, Dratch will co-star with Fey, Poehler, and Rudolph in Sisters, a comedy written by Pell. "It was super fun," Dratch said of the Long Island set. "One day we all brought our kids out there and they all hung out at this little house." When asked whether there's a romantic future for Fey's daughter, Alice Richmond, and Poehler's son, Archie Arnett, Dratch replied, "I haven't seen their chemistry, but Amy and I both have sons pretty much the same age, and we say we want them to be the comedy writing duo—Able & Eli." Can we go ahead and get their Netflix series greenlit?