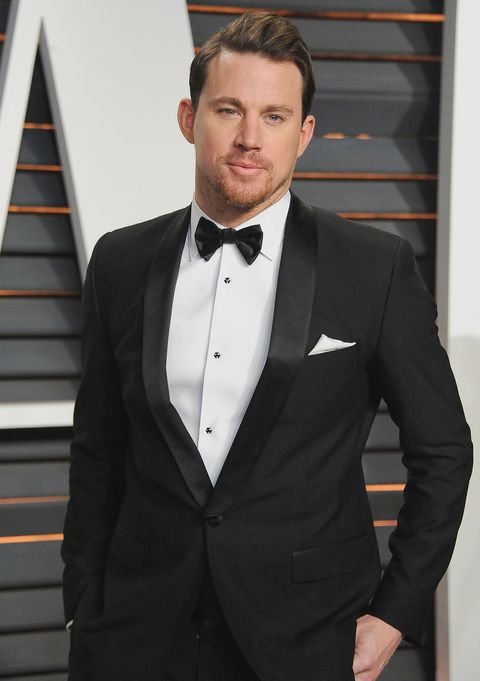 Chili's patron and emailing legend Channing Tatum hosted a miraculous Reddit AMA on Wednesday, before which his publicist was probably like, "You know what? I'm going to take a personal day and let him do his thing. It'll be fiiine."

But it wasn't fine or even all right—it was legendary.

There was banter. There were multiple Danny DeVito jokes. There were revelations that very likely made Tatum's publicist regret having left him alone on the internet. There was so much unadulterated hanging out it was really difficult narrowing it down to five things, but we did it, and he nicknamed his penis Gilbert. <-- that one I swear I could not fit in anywhere else

For the uninitiated, the email in question 1) was part of the Sony leak, 2) quotes 22 Jump Street, 3) throws shade at Ted, and 4) contains several Word docs' worth of laughter.

"I'm [not] sure exactly how long. I hit the h and a for a long time before I realized I could copy and paste. I'm not the most tech savvy person around but it did become a lot easier and faster."

He has very unusual sandwich specifications

"k get ready: it's very complicated.

bread, white. peanut butter, not crunchy, creamy. grape jelly, double portion, more than you think should actually fit on a piece of white bread. bread. and then some cheetos shoved in there, and then you're good to go."

When the zombie apocalypse comes, he's heading to to the home of one person and one person only—Sandra Bullock

Bearing a crossbow and "an army of ninja chimpanzees that crush people all around me." Or not, because he trusts Sandy will already have all that stuff and be willing to share.

Not even Channing Tatum is impervious to Matt Bomer's eyes

"no matter if you're a man, woman, cat, hamster, you will get lost in matt bomer's eyes. I don't know what they are made of outside of dreams and rainbows and amazingness but it truly doesn't matter. And when he sings. It's like god gave with both hands and then grew a third hand and graced him with more. he's crazy talented."

"Oh man. I love Pinterest. Swear to god. Just to not think about all the shit I have to do or what's going wrong, I just go and look at Pinterest. Or flipboard."