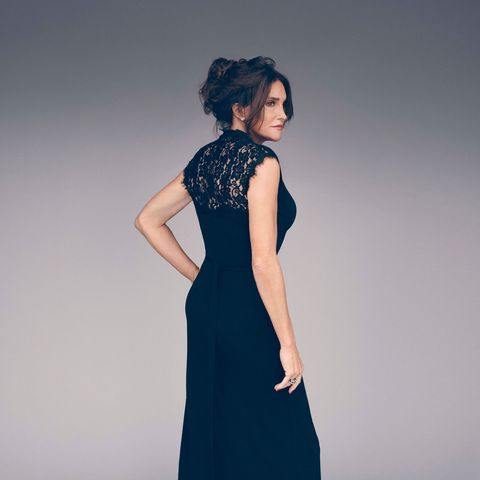 The premiere of the the eight-part docuseriesI Am Cait, detailing Caitlyn Jenner's new life post-transition, hit TV screens at 8 p.m. on Sunday, and definitely wasn't lacking in the emotions department.

We laughed, we cried, and we can't wait to do it all over again next week. Until then, here is a run-down of the five most touching moments from the first episode.

1. Meeting her mom, Esther, for the first time

When Caitlyn and Esther met for the first time face-to-face, it was super sweet. Anxiously awaiting her mother's reaction, the 65-year-old soon learned she needn't worry as the two found themselves immediately captured in a warm embrace.

Although the elder Jenner admitted that it's going to be difficult, as she explained, "for me to think of you as 'she' and to say 'Caitlyn' when I want to speak with you or call your attention," she was quick to add, "I loved him with all my heart, and I certainly love her with all my heart."

2. Wondering if her transition could tear her family apart

"Even Kylie coming over today – you never know, when they get away from here and they go home they go 'Oh my god, that is strange. Khloé hasn't been here," Caitlyn revealed. "Kourtney hasn't been here and hasn't met Caitlyn. Rob. Maybe them not being around is, you know, kind of their way of saying 'I don't really agree with this or what.'"

Her doubts would soon be diminished. The episode was filmed months before she accepted the Arthur Ashe Courage Award at the 2015 ESPYs, where her kids rallied around her for the night, showing major support.

All black ❤️ had to change to match

3. Receiving a special blessing from Yeezus

When Kim Kardashian and Kanye West made a visit to Caitlyn's Malibu manse, the rapper was quick to give praise.

"I think this is one of the strongest things that has happened in our existence as human beings that are so controlled by perception," he said. "Because you couldn't have been up against more, every type of thing."

4. Sitting down with the parents of a transgender youth who committed suicide

In possibly the most gut-wrenching scene of all, Caitlyn met with the mother and father of Kyler Prescott, a transgender 14-year-old who took his own life earlier this year.

"We need more tolerance and empathy for other people," the reality star said after their chat. "It's so hard for young people because they can't see the future."

5. Making a heartbreaking (and makeup-free) confession

Bare-faced and vulnerable, Caitlyn expressed sincere concern over her new role as an advocate for the transgender community.

So far, we think she's spot-on.