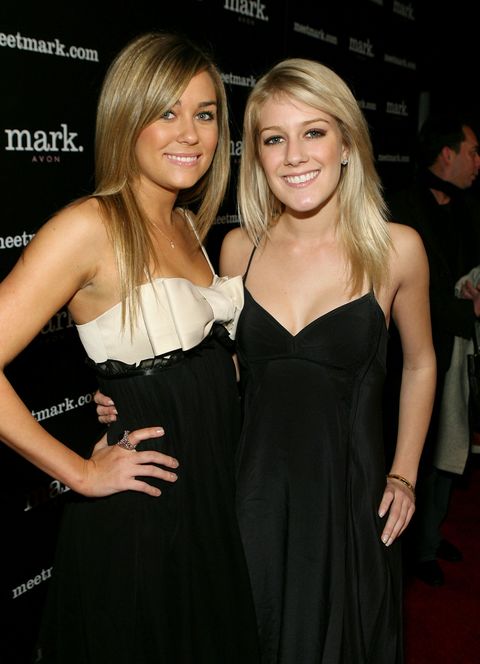 Over the years, we all have come to understand that The Hills wasn't quite the reality show we all wished it to be—that Justin Bobby was just hanging out, cutting some hair when producers were like, "yeah let's add him"; that most of the dialogue was scripted; that Brody never even hooked up with LC. But even though we know all that now, Heidi Montag is still pretty angry that we see her and her hubby Spencer as the villains.

"I spent years pretending to like her for a living," Montag told Us Weekly. "It was literally my job to deal with her, and it wasn't pleasant...I had nothing to do with her problems. I even tried to help her. The fact is, she lied about me and tried to destroy my life, yet I was the one painted as the villain so the show could have her as the good guy."

While Montag admits she doesn't wish her (faux) friend and former roommate "any ill will," she doesn't want to be known as a "bad guy" anymore.

"It's not that I care about [LC] anymore, but it is upsetting to me that everyone knows by now that The Hills was a scripted show, yet people still think the negative stuff about me that the show set up to make me the villain to her hero was real. It's bizarre," she says. "It's like if people were still mad at James Earl Jones for being the voice of Darth Vader!"

Weird comparison, but sure.

Let's all just go back to 2007, when ignorance was bliss and we didn't have to talk about a Speidi comeback, shall we?

Samantha Leal Senior Web Editor I'm Sam, the senior editor at MarieClaire.com.
This content is created and maintained by a third party, and imported onto this page to help users provide their email addresses. You may be able to find more information about this and similar content at piano.io
Advertisement - Continue Reading Below
More From Celebrity
William Will Suffer "Worst" from Harry's Memoir
Simone's Boyfriend Sent Her the Sweetest Message
Advertisement - Continue Reading Below
Harry's Friends Don't Want to Be in His Memoir
Will & Kate's Modern Approach to Raising George
Meet Simone Biles's Super Supportive Parents
What Happens on Katie's Season?
Bennifer Recreated Their 2002 PDA Moment
Why Harry's Memoir Release Date Has Upset People
The Royals Are Worried About Prince Harry's Memoir
Gabrielle Union Debuted a New, Short Haircut