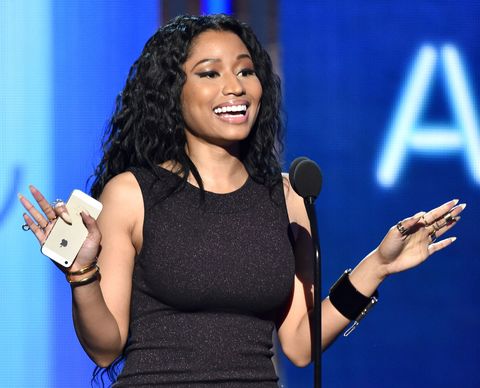 Looks like Nicki Minaj chose not to opt out of her controversial Angola concert. The "Anaconda" singer was invited to perform at a holiday show organized by Unitel, creating worldwide side-eye due to the fact that Unitel is owned by  Isabel dos Santos, the daughter of Angola's dictatorial president, José Eduardo dos Santos.

Minaj was offered a cool $2 million for the concert, but was asked to cancel the event by the Human Rights Foundation.

"Ms. Minaj, the payment you are receiving from your Angolan sponsors is the result of government corruption and human rights violations," the letter read. "During their brutal three-decade authoritarian rule, the dos Santos family has exploited Angola's diamond and oil wealth to amass an illegitimate fortune while maintaining control over all branches of the government, the military, and civil society. Dos Santos has made it his policy to harass, imprison, or kill politicians, journalists, and activists who protest his rule."

The HRF also pointed out that Angola's human rights crisis has been a cause of concern for major organizations like Amnesty International, and that "Isabel dos Santos is the main beneficiary of the 'blood diamond' trade in Angola."

Nicki's response? She flew to Angola's capital, played the show, and documented the entire evening on Instagram—along with a photo of herself and dos Santos, whom she described as "the 8th richest woman in the world."

As of now, Nicki has stayed quiet on Instagram and Twitter, but she isn't typically one to hold back when she's the subject of controversy.