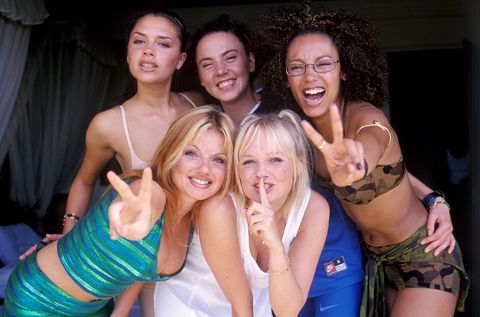 The Spice Girls once asked the world to "tell me what you want, what you really really want," and the answer is clearly a Spice Girls reunion.

After years of hoping and praying that Baby, Sporty, Scary, Ginger and Posh (or as she likes to be called these days "Victoria Beckham") would once again grace the stage, Mel B confirmed that a reunion could be in the girl group's future.

"I think I'm the one putting all the rumors out there," she said during an appearance on Alan Carr's New Year Spectacular, "To be serious, it is our twentieth anniversary this year and it would be rude not to celebrate, so hopefully something will be happening pretty soon…I can't tell you what it is yet."

It clearly would be so rude not to celebrate, so let's slam are bodies down and wind them all around ASAP, okay guys?