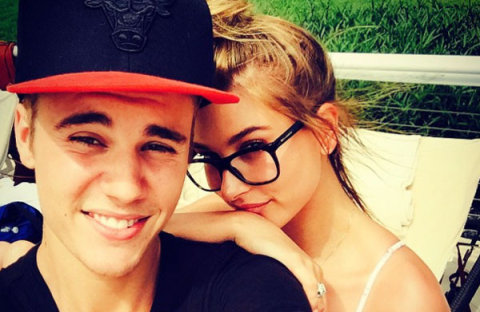 Proving that dads will be dads, Stephen Baldwin clutched his chest (probably) as his 19-year-old daughter Hailey basically said the exact opposite of what he thought about the nature of her and Justin Bieber's relationship. Paraphrase: They're not *not* dating, but they're open to seeing other people. Youths.

"We are not an exclusive couple. He's about to go on tour," she said. "Relationships at this age are already complicated, but I don't really like to talk about it because it's between me and him…I like to think my relationships are not between me the person and the whole entire world. It's hard. I don't think people are really able to understand if they're not in that position."

Okay. The evidence would suggest otherwise, but okay.

Chelsea Peng I'm Chelsea Peng, the assistant editor at MarieClaire.com.
This content is created and maintained by a third party, and imported onto this page to help users provide their email addresses. You may be able to find more information about this and similar content at piano.io
Advertisement - Continue Reading Below
More From Celebrity
Meghan Markle Expresses Sympathies to the Queen
Prince Harry Remembers Prince Philip
Advertisement - Continue Reading Below
Prince William Statement on Prince Philip's Death
Meghan and Harry Are Facing Security Threats
Selena Gomez Is Drenched in Fake Blood on Set
Amanda Seyfried Talked About Having Panic Attacks
Harry Arrives in the U.K. For Philip's Funeral
Matthew Perry Deletes 'Friends' Reunion Instagram
The Queen's Corgis Are Helping Her With Her Grief
Charles is Looking Forward to Seeing Harry Again