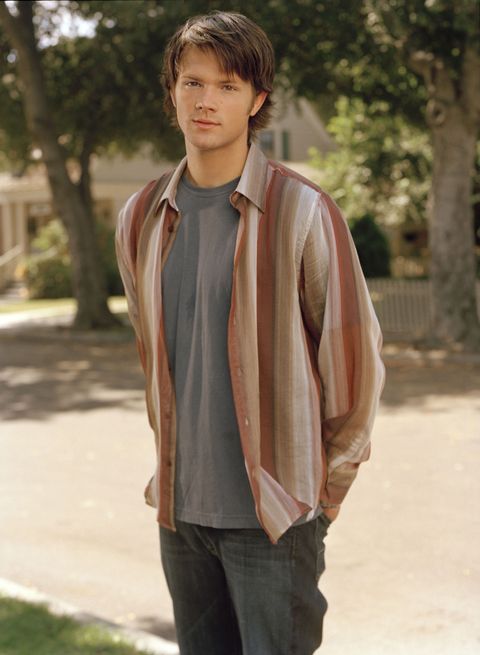 So, Milo Ventimiglia (AKA Jess Mariano) joined the cast ofGilmore Girls, which means there's finally a reason to get out of bed in the morning. But in addition to Jess' sherpa-lined jacket trolling the streets of Stars Hollow, TV Line just revealed that Sutton Foster and Jared Padalecki are getting in on the Gilmore Girls action.

Let's start with Sutton, mostly because our brains just can't with Dean. It's unclear how the actress will fit into the four-episode revival, but we assume she'll act as a sounding board for Lorelai since Melissa McCarthy's invitation got lost in the mail. It's also possible that Sutton will reprise her character from Amy Sherman-Palladino's Bunheads for what might be the greatest cross-over of all time—though that would be slightly awkward given that Kelly Bishop (AKA Emily Gilmore) was also on the show in an entirely different role. So many unanswered questions, but either way we're just like:

Meanwhile, for the .001% of you who are Team Dean (Anyone? Guys?), it appears as though he wasn't buried underneath he weight of his hair flop. Until Netflix says otherwise, we're going to operate under the assumption that he still works at Doose's Market and spends the majority of his time pining for Rory. Praying that she resists the siren call of his middle-parted hair.

Mehera Bonner Contributor Mehera Bonner is a news writer who focuses on celebrities and royals.
This content is created and maintained by a third party, and imported onto this page to help users provide their email addresses. You may be able to find more information about this and similar content at piano.io
Advertisement - Continue Reading Below
More From Celebrity
Meghan and Harry Shut Down Their UK Charity
Naomi Campbell Is a First-Time Mom
Advertisement - Continue Reading Below
Ariana Grande Got Married Over the Weekend
Ariana Grande Quietly Married Dalton Gomez
Joie de Tracee
Jennifer Lopez and Ben Affleck: Everything We Know
Harry & Oprah's Mental Health Doc Has a Title
Serena Williams Might Miss the Tokyo Olympics
Jennifer and Ben Have "Unreal" Chemistry Together
The Sussexes Marked Archie's Bday in a Lovely Way