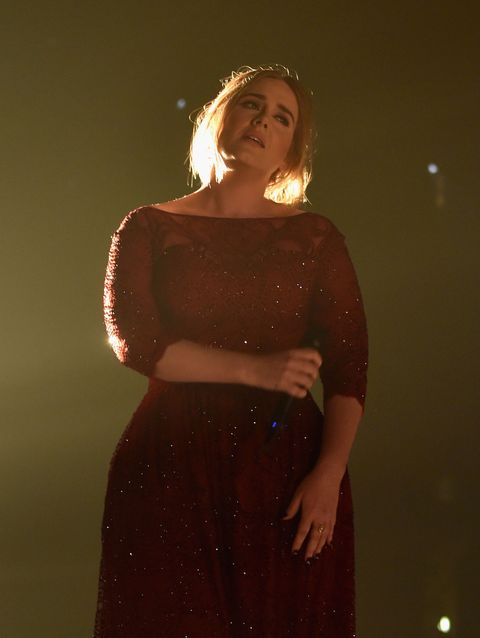 As anyone who watched the Grammy's probably noticed, Adele's performance was slightly off due to an evil microphone that maliciously threw itself into a piano in a desperate attempt to ruin her night. Adele seemed pretty relaxed about the incident on Twitter, but it turns there was zero chill to be found. Understandable.

"Soundcheck was great. Went really well," Adele told Ellen. "I was really excited, and then during the changeover, the microphones fell onto the piano strings which is what the guitar noise was," she explained.  "I froze."

Adele's performance was off-tune as a result of the glitch, and she blames her emotions. "I'm always a bit pitchy anyways—it's emotion," she said. "When I'm flat and I'm sharp I'm just emotional."

Basically, this is her:

"I woke up the next morning to people in England being like, 'We still love you, don't worry,' and I was like, 'I didn't ask you if you still loved me, but thanks,'" she continued. "I was so embarrassed. I cried pretty much all day yesterday. I kept like spontaneously bursting into tears yesterday. But it was alright. I was fine."

So, pretty much us every time we listen to an Adele song.

The singer says that next time there's an issue she'll stop her performance and start over, but please. If microphones the world over know what's good for them, there won't be a next time.