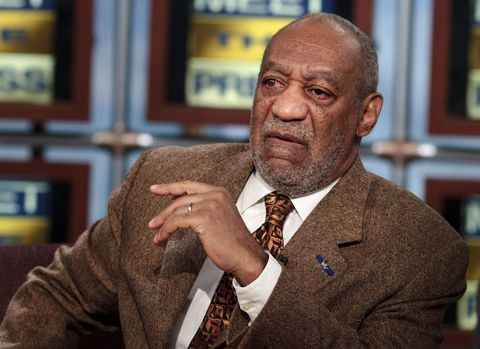 Bill Crosby is dropping his defamation lawsuit against supermodel Beverly Johnson, who alleges that Cosby drugged her during a visit to his home. Johnson is one of 50 women who have accused the comedian of sexual assault, and came forward with her story in an essay published in Vanity Fair.

"My head became woozy, my speech became slurred, and the room began to spin nonstop," she wrote. "Cosby motioned for me to come over to him as though we were really about to act out the scene. He put his hands around my waist, and I managed to put my hand on his shoulder in order to steady myself. As I felt my body go completely limp, my brain switched into automatic-survival mode. That meant making sure Cosby understood that I knew exactly what was happening at that very moment."

While Cosby's dismissal of the lawsuit seems to indicate that he's no longer accusing Johnson of defamation, this isn't the case. Due to the suit being dropped "without prejudice," Cosby has the option to sue again, which he plans on doing after fighting criminal charges for the 2004 sexual assault of Andrea Constand (an arrest warrant was issued for him in late December). Further more, his other defamation suit against Barbara Bowman, Tamara Green, Angela Leslie, Louisa Moritz, Therese Serignese, Joan Tarshis, and Linda Traitz remains open.

It's safe to say that Beverly's dropped suit aside, this is not a man who's ready to admit guilt.