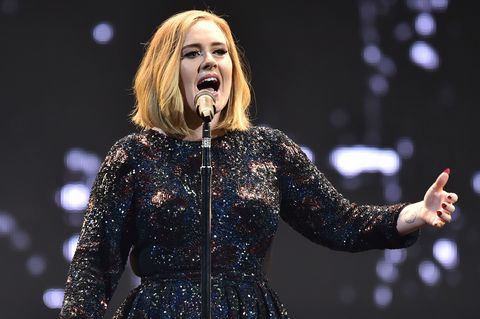 Last night, Adele was casually performing for a group of sobbing Londoners, when a man became so overwhelmed by feelings that he proposed to his girlfriend of twelve years. To be honest, we'd also propose to the closest available human if confronted by a live rendition of "Make You Feel My Love," but this moment was special because Adele saw it happen. In fact, she interrupted her song and brought the couple on stage.

"Those people just got engaged!" Adele said. "Come up here you two!"

The chanteuse then proceeded to muse, "How did you hear it over me wailing on?" and declared, "That was the most beautiful thing I've ever witnessed at one of my shows."

Watch the moment in all its glory below, starting at the three minute mark.

Honestly, what is the point of dating someone who doesn't propose to you at an Adele concert?