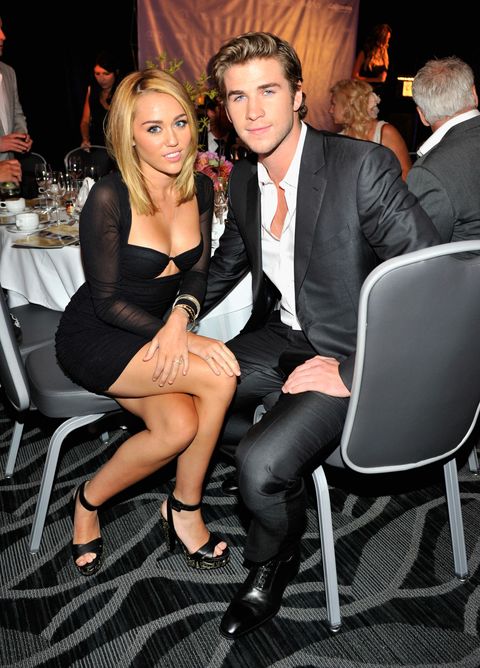 When Miley Cyrus introduced the world to her foam finger friend at the VMAs, it became clear that there was no room for Liam Hemsworth in her life. Their breakup was inevitable—he was off volunteering as tribute in The Hunger Games, and she was busy coming in like a wrecking ball. But now, Miley and Liam have found their way back to each other—only the thing is, they refuse to talk about their relationship.

While Liam's made a few vague comments here and there, Miley's opted to communicate via mysterious Instagram posts. First, there was the time she started wearing her engagement ring. Then, the time she cuddled in bed with Liam's dog. And now, she's taken to wearing a t-shirt with "HEMSWORTH" written on the back.

Yes, it's entirely possible that Miley is just a really big Thor fan, but something tells us this is the social media equivalent of a relationship status update.