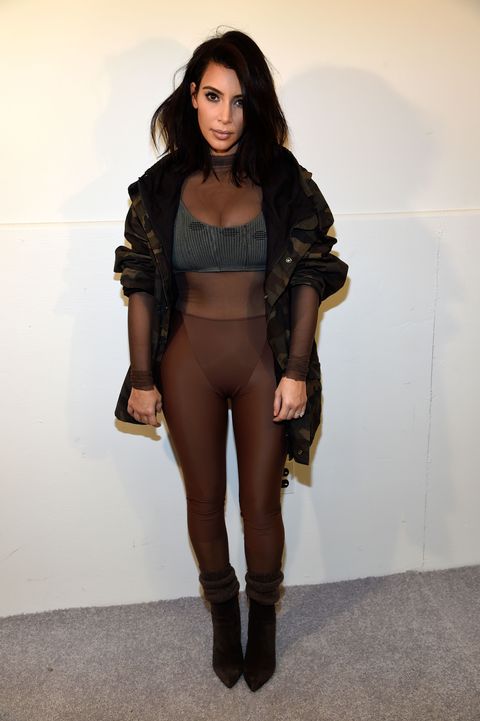 ICYMI (unlikely), Kanye West released his video for "Famous," and the world was forced to look upon the waxy bodies of Bill Cosby, George Bush, Chris Brown, and a bunch of other celebrities who likely didn't consent to their faux nudes being all over the internet. Also there? Kim Kardashian, who—interestingly enough—wasn't fully aware of what her husband was up to.

"I actually never saw the final edit of ["Famous"]," she toldWomen's Wear Daily. "I did that kind of on purpose because I love to be surprised. It was, like, three, four months in the making, so I obviously knew it was going on, but I didn't actually see the final cut until he debuted it at the Forum. It was really cool."

There's nothing like showing up to a video premiere and watching yourself naked in a bed with a self-proclaimed genius and his frenemies, right? Just ask Taylor Swift. Oh wait, she's busy touring Italy with Tom Hiddleston.