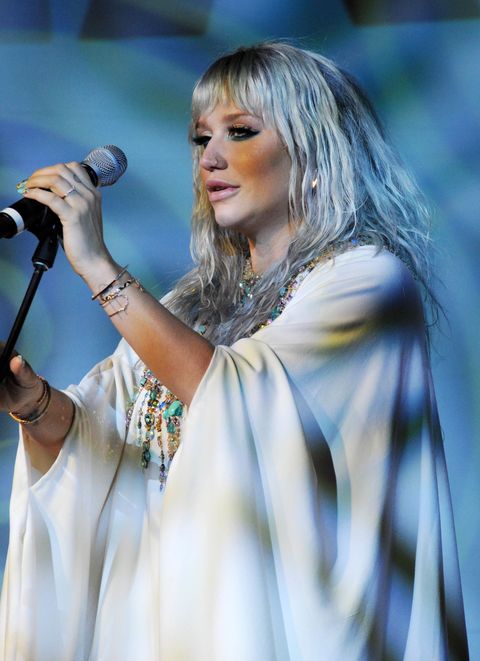 Where we left off, Kesha had been "allowed" to perform at the Billboard Music Awards only after she promised Dr. Luke's record label not to use the gig as a platform to discuss her sexual assault lawsuit against the producer. As of Monday, she has ended her legal battle in California to focus on releasing new music, Us Weekly reports.

"Kesha has dismissed her California action without prejudice while she pursues her appeal and other legal claims in the New York courts," said Daniel Petrocelli, a member of the singer's legal team, in a statement. "Kesha is focused on getting back to work and has delivered 28 new songs to the record label. We have conveyed to Sony Music and the label Kesha's strong desire to release the single and an album as soon as possible."

The fight's not *over* over, though, with Dr. Luke's attorney Christine Lepera telling the Associated Press that "Kesha never should have brought her false and meritless claims against Dr. Luke in any court," and Kesha herself vowing to continue to carry on.

My fight continues. I need to get my music out. I am continuing to fight for my rights in New York. Thank you for all your support.

Chelsea Peng I'm Chelsea Peng, the assistant editor at MarieClaire.com.
This content is created and maintained by a third party, and imported onto this page to help users provide their email addresses. You may be able to find more information about this and similar content at piano.io
Advertisement - Continue Reading Below
More From Celebrity
Princess Charlotte, 6, Tells Everyone She's 16
Meghan Wore Diana's Favorite Watch for Vax Live
Advertisement - Continue Reading Below
J.Lo Sang a Sweet Duet With Her Mom at Vax Live
Meghan Discussed Her Daughter in Vax Live Speech
Prince Harry Talks Digital Pandemic at Vax Live
Harry and Will Have Been Arguing for Months Now
Prince Harry Doesn't Regret His Oprah Interview
Archie Has a Distinct American Accent, Apparently
Hailey Wore a Nude Blazer and Micro Dress
Gabrielle's TikTok About Her Prom Date is So Funny