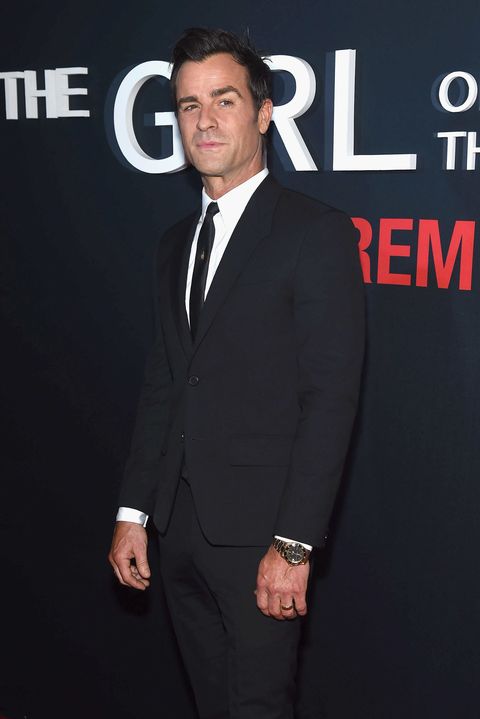 If you too misread the headline and went "But the Canadian PM seems such a lovely young lad—and those abs, my stars," it is Justin *Theroux* who posted an Instagram in which the words "F*ck Brad Pitt" can be found. Which makes much more sense. Because he is married to Jennifer Aniston, who was once married to said f*cker Brad Pitt.

Sharing an image of artist Nick Flatt's work in Berlin, Theroux apparently edited the caption in response to followers noticing the crucial phrase to the left of the woman's head. Prepare yourselves: "#andNOthispostisNOT'shading'anyonebecauseimnotelevemyearsoldimeanseriously #okaymaybepickles."