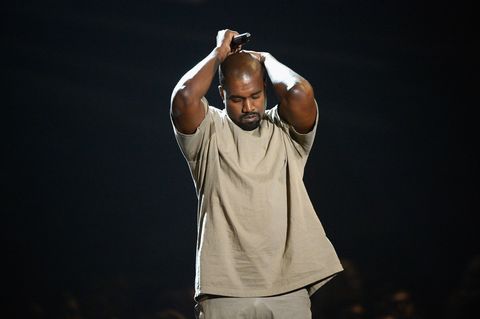 Following several days of erratic behavior at his concerts, Kanye West has been hospitalized for "his own health and safety," with claims that he's under psychiatric evaluation after being "restrained" and transported via ambulance to UCLA Medical Center.

However, People Magazine reports that West was hospitalized as a result of extreme exhaustion, and that he "feels like he's under spiritual attack."

"He is exhausted and currently dealing with sleep deprivation. He went to the hospital at will under the advise of his physician. He's fine," a source says. "He feels like he's under spiritual attack, and has been for awhile. It's not just the big things; it's smaller, quieter things, internal things. You might think that it's about Kim's robbery, and while that didn't help, that's not what's going on here. He's dealing with a lot more subtle issues."

The source notes that West's mother died in November 2007, and that this time of year is always painful.

"He feels like it's a trying time for his spirit, but that can be a good thing. He isn't one to run away from these things," the source continues. "He leans in and listens, and comes away a stronger, better man. But it hurts him; his spirit is vexed. But that's where growth comes from. Sometimes, darkness creeps in, and Kanye wrestles against it. He talks about that a lot. It's exhausting, and it takes everything he's got. He's just so tired now; he's very low energy and feels like there's a grieving in his spirit. It's very hard to explain, but something has happened recently, where he's not the 'Ye that everyone knows."