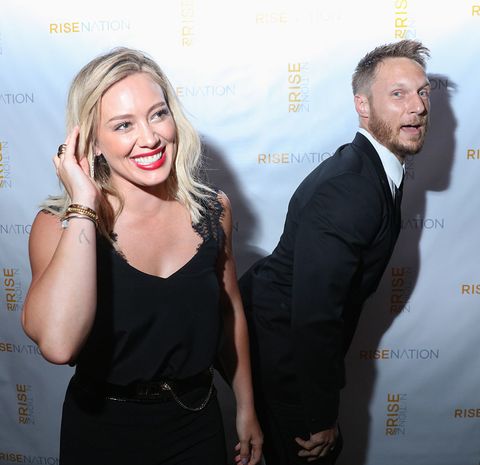 Hillary Duff and boyfriend Jason Walsh have called it quits, People has confirmed.

Rumors that Duff, 29, was dating her personal trainer first started in August of last year, when they attended the grand opening event for his Rise Nation Fitness Studio in West Hollywood together. Over a year later, she confirmed their relationship by sharing a sweet photo on Instagram:

The pair got into some controversy last month for their Pilgrim/Native American couples' Halloween costume, for which they later issued an apology.

It seemed like they had ridden out that faux pas as they were seen vacationing together in Mexico in mid-November.

"They weren't on the same page," a source told People. "He wants to move to New York, but her life is in L.A."