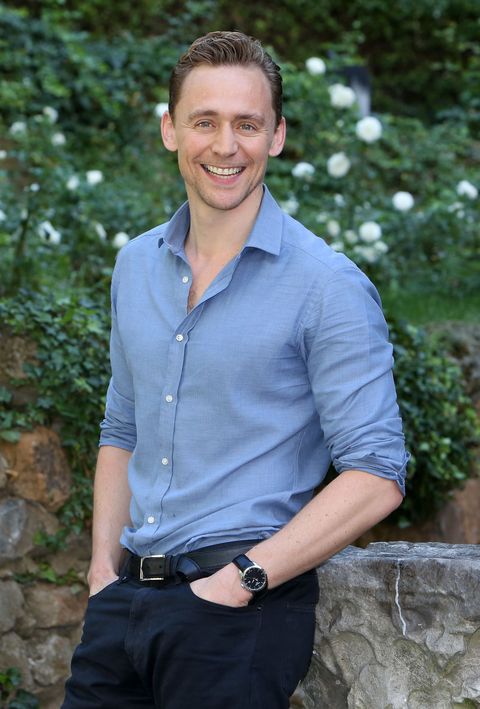 The day was July 4th, 2016. The place? A fancy beach in Rhode Island, where Tom Hiddleston—newly minted member of Taylor Swift's squad—felt the need to frolic in the water wearing an "I Heart T.S." tank top. It was the best of times, it was the worst of times, it was the most WTF of times. And now, Tom is *finally* explaining himself.

"The truth is, it was the Fourth of July and a public holiday and we were playing a game and I slipped and hurt my back," Hiddleston recently told GQ. "And I wanted to protect the graze from the sun and said, 'Does anyone have a T-shirt?' And one of her friends said, 'I've got this.' And we all laughed about it. It was a joke."

He wanted to PROTECT HIS GRAZE, mmmkay?! So, what are Hiddleston's feelings on Taylor now that they're broken up?

"Taylor is an amazing woman," he says. "She's generous and kind and lovely, and we had the best time. Of course it was real."

This explains so much.