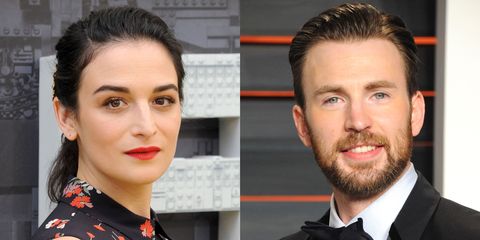 Jenny Slate and Chris Evans, possibly the best new couple in Hollywood, have split after less than a year of dating. *Backs away from computer, leaves office quietly, grabs ice cream*

The two, who started seeing each other in May and first went public at the premiere of The Secret Life of Pets in June, broke up a couple of weeks ago, Us Weekly confirms.

When their relationship was first confirmed, Slate said what every sane woman would say if they found themselves in a relationship with Evans: "It kind feels like I got my dream 7th grade boyfriend." Slate last spoke of Evans to press at Sundance in January, where she told the outlet, "he's such an amazing guy really in every way."