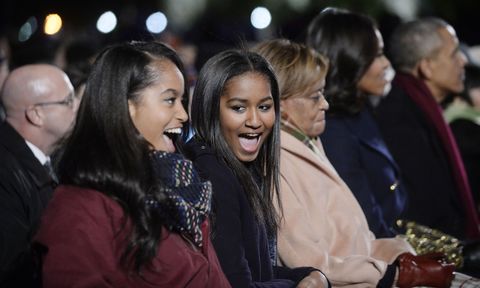 You know how you've spent the past eight years wandering around under the assumption that Barack and Michelle Obama's children are named Sasha and Malia? Well everything is a lie, because Sasha's name is not, in fact, Sasha.

Turns out Sasha is a nickname for "Natasha" (which has been listed on Barack's Wikipedia page this entire time, BTW), and she actually used it during her summer gig on Martha's Vineyard.

Obviously, this is MIND-BLOWING news, and the internet has reacted as you'd expect:

WAIT A DAMN MINUTE. WHO IS NATASHA OBAMA? pic.twitter.com/HjNo1eXq1a