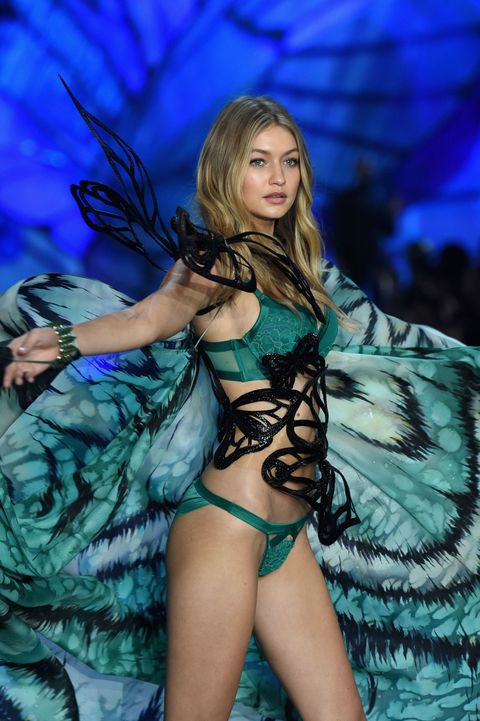 Back in February 2017, a video of Gigi Hadid imitating a Buddha cookie surfaced online, and—as you might expect—people weren't thrilled.

this is y'all woke palestine queen? Gigi out here mocking Asian people. i would say she's cancelled but she never started. rat @GiGiHadid pic.twitter.com/b6wj5k1sXE

At the time, Gigi's boyfriend Zayn defended her, tweeting:

The controversy died down, but has resurfaced due to the upcoming Victoria's Secret Fashion Show (which Gigi has been cast in) taking place in China. Fans have been quick to voice their concern over Gigi attending, saying, as Buzzfeed reports, that she isn't welcome in China due to her alleged racism.

I am looking forward to watching this year's VSFashionshow!😊😊😊But Gigi Hadid is not welcomed to China for her rude behavior!😠😠😠 pic.twitter.com/RveLZdeey3

Gigi has since disabled comments on the Instagram post announcing news of her casting due to being spammed with snake emojis and accusations of racism.

Forever and ever and ever a dream come true to be asked back to the VS Show !!! 🙌🏼 Thank you my friends @ed_razek @10magazine @johndavidpfeiffer @monica.mitro for another unforgettable opportunity; every aspect makes me feel like a dreaming kid again 🕊🕊🖤 (as shown here at last year's fitting, by @jeromeduran)! ☁️ @victoriassecret #VSFS2017

This isn't Gigi's first time dealing with this issue—she experienced some blowback after doing an impression of Melania Trump, and ended up writing an apology: