Behind every great laugh, there's a greater, totally hilarious woman: This year, women are starring in the funniest movies, TV shows, and comedy specials we're most obsessed with—and writing and producing them, too. Here—in no particular order, because they're all equally, ridiculously brilliant—this year's reigning queens of comedy.

Badass alert: She released her best-selling debut book The Girl With the Lower Back Tattoo this year and will play Barbie in a live-action movie slated for 2018.

Nailed it: Her whip-smart humor has made her Comedy Central show, Inside Amy Schumer, required viewing for anyone with eyes (currently on its fourth season) and she branched out on the big screen with the hit Trainwreck. See also: literally anything that comes out of her mouth.

Real talk: She's been described as the John Stewart we all needed this past election cycle and an essential voice of dissent in Trump's America. "And I am female as fuck." (Bee's sign-off in the trailer for her TBS late-night show.)

Badass alert: A Girls' girl who girls love (Watch her now-iconic HBO show or follow her ever-insightful newsletter Lenny Letter to learn why.)

Badass alert: The hilarious creators and stars of Broad City redefined the stoner-comedy genre and helped to coin a vernacular for the millennial woman "Yasss queen."

Nailed it: She's slated to appear with fellow SNL alum Will Ferrell in next year's comedy The House.

Real talk: "I get the most retweets from avocado tweets," she says. "Avocados dying really hits home."

Nailed it: In her epic meltdown on Veep.

Real talk: "You know, if it's a boy, maybe I'll name him after you, call him Fuckweasel." (as Amy on Veep)

Who's that girl: Head writer and co-executive producer of Inside Amy Schumer.

Badass alert: She published a hilarious and charming collection of real-life stories called You'll Grow Out of It this year.

Nailed it: As someone we'd love to survive the apocalypse with and in basically every voice cameo she makes, from Bob's Burgers to BoJack Horseman.

Who's that girl: Her "cocumentary"—that's comedy documentary FYI—Women Aren't Funny will make you laugh, cry, and get pissed off (mostly at dumb dudes). Read her no-holds-barred 2016 memoir You're Better than Me for even more laughs.

Badass alert: Has Anyone Seen My Pants?, the recent follow-up to her book Life As I Blow It.

Who's that girl: One-half of the Bellacourt sisters behind the Downton Abbey/Keeping Up with the Kardashians mash-up Another Period.

Who's that girl: The executive producer of HBO's Girls and co-creator of the weekly feminist newsletter Lenny Letter which she runs with Lena Dunham.

Who's that girl: The deadpan comic on every comedy nerd's radar (she put out a stand-up album this year called Just Putting it Out There).

Real talk: "I wish you could Shazam whether people are worth getting to know." (@aparnapkin)

Who's that girl: Spy sidekick with a major fan base across the pond (she'll star in Disney's live-action Nutcracker this year).

Badass alert: Her new HBO stand-up special I'm Your Girlfriend premiered earlier this year and she was green-lighted for an HBO pilot inspired by Maureen Dowd's book Are Men Necessary?

Nailed it: On her stand-up tour inside fans' homes.

Who's that girl: Watch the L.A.-based UCB performer on MTV's *Loosely Exactly Nicole.

Real talk: "I wore really cute shoes today and no one complimented them. Is everyone OK?" (@nicolebyer)

Who's that girl: The other half of the Bellacourt sisters in Another Period.

Who's that girl: Co-host of the Throwing Shade podcast and creator of Funny or Die's Gay of Thrones.

Nailed it: ABC's Fresh Off the Boat.

Nailed it: The Everything Is Perfect When You're a Liar author has a crazy-funny Twitter feed.

Nailed it: In everything she does—Married, Kroll Show, Bob's Burgers.

Badass alert: She'll appear in the all-female reboot of the Ocean's series (Ocean's Eight) and the latest season of The Mindy Project is on our Hulu queue (season five, streaming TBD).

Nailed it: As the straight-talking Dr. Rainbow Johnson on ABC's Black-ish.

Badass alert: Have you seen her IMDb page?

Next
Celebrities Having the Best Time Eating Pasta 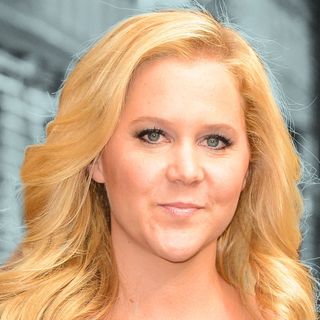 The Definitive Timeline of Funny-Lady History

How to Survive the Apocalypse: Pro Tips from 'Last Man on Earth' Star Kristen Schaal
Advertisement - Continue Reading Below

"The Fewer F*cks You Give, the More Laughs You Get": Thoughts on the Modern State of Funny Women