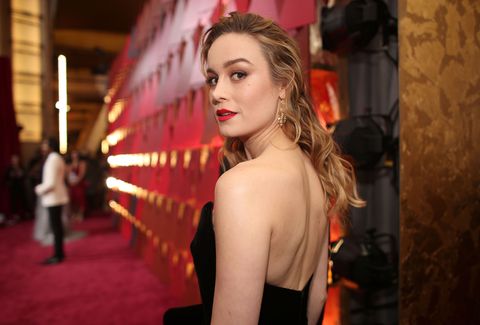 You know those films that just couldn't be released today? Like Breakfast at Tiffany's with Holly Golightly's yellow-faced neighbor Mr Yunioshi, or all the sexist Roger Moore James Bond films?

Well, Brie Larson's new flick is ticking the not-so-woke boxes with a trailer charting the tale of a white American doctor having an eye-opening gap-year-type experience in India, complete with gags about spicy food, local customs, and more.

And, to top it all off, it seems like the white doctor (played by Larson), ends up saving the day, as well as learning much from the provincial people she was meant to be teaching.

Don't believe us? Check out the trailer:

Obviously, the Internet has something to say, with many pointing out the tone-deaf nature.

I cannot believe Brie Larson is gonna be in a movie called... wait for it... Basmati Blues, where she plays a white savior helping out the local Indian population. Smh.

Using my 280. Okay so Brie Larson is in this movie called (uhg) #BasmatiBlues (ew) and I'll be damned if she can even PRONOUNCE Basmati (and no, it's not BAZ-MAH-TEA). White people are always gonna make cringy movies about India, its a fact, but this trailer takes the CRINGE CAKE

I really admire and respect @brielarson , but dont go "India is an exciting journey" on us yaa.💔https://t.co/C8Ie3a7QJo

I just saw the trailer of Basmati Blues. pic.twitter.com/Fqtsc4h25G

People are pretty confused as to how Larson is involved.

The 28-year-old Oscar winner has been vocal about a lot of socio-political issues such as DACA (an American immigration policy), the Dakota Access Pipeline, and has implied a lack of support for Casey Affleck (who has been accused of sexual harassment).

So, how did this film and her involvement happen? Well, it appears that the film was actually shot almost five years ago, and has only just found a distributer. So perhaps that explains Larson's slightly off choice.

Oh, and apparently she beat Kate Hudson for the role. How relieved do we think Hudson is right now?