Yesterday, the first official trailer for the live-action Pokémon movie, POKÉMON Detective Pikachu, debuted. The film, which stars Ryan Reynolds (or at least, his voice) as the titular Detective Pikachu, is not yet rated (🔥) and is set to hit theaters May 11, 2019. And while this first look raised many questions (where is Ash Ketchum? Are those opening notes the same as Harry Potter's?) it mainly led the staff of MarieClaire.com to question our collective well, everything. Because after viewing the trailer several times, the debate that erupted in our team's Slack channel was whether live-action Pikachu was sexy. Because, well, did you watch the trailer?

Pikachu Can Get It

It’s totally fine to want to make out with Pikachu! Several reasons: 1) He sounds like Ryan Reynolds, 2) You’re both consenting adults (I’m assuming Pika is over 18 because he would have had to do Academy and serve several years on the force to earn the rank of DETECTIVE), 3) It’s 2018, do what you want! 4) He doesn’t have the usual trappings of toxic masculinity! Cuddly but strong! Pika is hot now!! - Cady Drell, Senior News and Culture Editor

It's all about what's on the inside that counts, right? And what's inside Pikachu is Ryan Reynolds' sexy voice and hilarious, devil-may-care personality. And the outside? A cuddly, little-spoon bod with electric body guard potential. Plus, he's got a great job and can really pull off a hat. I can imagine us at age 80, sitting on rocking chairs, holding hands (does Pikachu have hands? Paws?), laughing at each other's jokes, enjoying a mosquito-free evening (who needs bug zappers when you have a lightening rod tail). Pika pika. - Sally Holmes, Digital Director

Pikachu? What's Wrong With You?!

Okay, so I get being attracted to a cartoon character that isn’t necessarily human, but Pikachu is far too adorable to find attractive. It’s like being attracted to Elmo. Are they cute? Sure. But sexy? NO. I want to hug Pikachu! Like, Pikachu is a cute pet that will go after my enemies. That’s all I need from Pika, for me. I can’t believe I’m so passionate about this, but here we are in 2018. … I’m more of a Snorlax girl, if I’m being forced to choose. Which I’m not. - Amanda Mitchell, Editorial Fellow

Pikachu was my childhood best friend, my talisman, my safe space. Pikachu is no more a sex object than the monkey from Aladdin is a sex object. What is wrong with you people? - Jenny Hollander, Deputy Editor 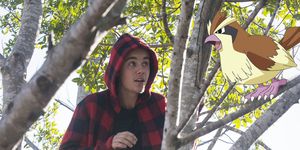 Justin Bieber Played Pokémon Go on the DL in NYC 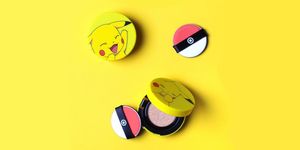 Pokemon Go Makeup and Skincare Is Here
This content is created and maintained by a third party, and imported onto this page to help users provide their email addresses. You may be able to find more information about this and similar content at piano.io
Advertisement - Continue Reading Below
More From Culture
28 Movies With Super-Romantic Sex Scenes
Was Princess Di in Love With Her Bodyguard?
Advertisement - Continue Reading Below
40 Things You Probably Didn't Know About 'Glee'
The 13 Steamiest Jane Austen Adaptations Ever
Astrology Gifts for Your Horoscope-Obsessed Friend
'The Queen's Gambit' Ending, Explained
The Witches of 'The Craft': Where Are They Now?
'Friends' Fans Need This Epic Advent Calendar
A Gift Guide for the Film Buff in Your Life
Where Are All the Modern-Day Lesbian Films?