According to French newspaper Le Parisian, police in Paris opened an investigation this week into the theft of a heirloom ring belonging to Countess Olympia von Arco-Zinneberg. Valued at over one million euros (roughly $1.1 million), the missing ring is set with a precious Bonaparte diamond. The stolen ring is a centuries-old French heirloom, and features a dazzling 40-carat diamond plucked from the crown of Napoleon III's wife (and Prince Jean-Christophe's ancestor), Empress Eugenie, pictured above.

The ring had been gifted to the Countess by her fiancé Prince Jean-Christophe Napoleon, who also happens to be the great-nephew of Emperor Napoleon I of France. Prince Jean-Christophe's official title as the head of the former Imperial House of France basically means that if the country were to revert from a democratic republic to monarchy, for whatever reason, he would be a shoo-in for the throne.

The countess' ring was stolen from a car in the 6th District, according to Le Parisian. The ring, along with a number of bank cards and forms of identification, as well as a computer, was in a bag that was stolen.

This isn't the first major jewelry theft in Paris to make headlines—Kim Kardashian was also the victim of a violent robbery in 2016. Men impersonating police officers stole almost $10 million from the reality star, including a $4.49 million ring that she received as a present from her husband Kaye West. The criminals were never caught, and it was suspected that they may have made their escape to Belgium.

Related Story
Your Official Guide to the Royal Family's Tiaras

French officials looking into the case of Countess Olympia's missing ring are hoping that this investigation will have a different outcome, no doubt in part thanks to the high-profile nature of those involved.

Related Stories
A Rare Royal Tiara is Up For Sale 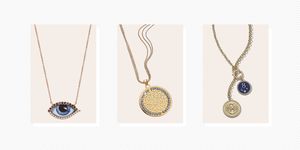 10 Hoop Earrings for Grown-Ass Women
This content is created and maintained by a third party, and imported onto this page to help users provide their email addresses. You may be able to find more information about this and similar content at piano.io
Advertisement - Continue Reading Below
More From Culture
What Is Gunther From 'Friends' Doing Now, Anyways?
All the Deets on Michelle's 'Bachelorette' Season
Advertisement - Continue Reading Below
'Bachelor In Paradise' 2021: Everything We Know
'Life After Happy Face' Is Your Fave New Podcast
Will There Be a Season 3 of 'Virgin River'?
The New Horror Movies That'll Leave You Breathless
Zendaya Shared a Teaser of 'Euphoria' Season 2
Listen to the Best New Love Songs of 2021 (So Far)
Meet the Cast of 'Too Hot to Handle' Season 2
Meet the Cast of Katie's 'Bachelorette' Season