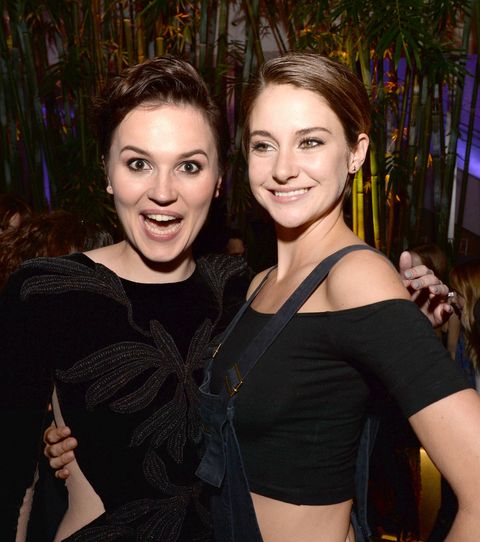 Better lock down your faction soon: Divergent author Veronica Roth is coming out with a new series—excuse me, "duology."

The as-of-yet unnamed series will explore "the story of a boy who forms an unlikely alliance with an enemy," said HarperCollins Publishers in a press release Monday. "Both desperate to escape their oppressive lives, they help each other attain what they most desire: for one, redemption, and the other, revenge." Juicy. We're thinking aliens and…light sabers? (It's also described as "in the vein of Star Wars," after all.)

The first book will publish in 2017, with another to follow in 2018, so it's a good thing we've got the Insurgent movie to hold us over. Watch the latest trailer below.

Watch the First 'Insurgent' Trailer, Try Not to Ruin Your Manicure by Biting Your Nails

Quiz: Which Divergent Faction Do You Belong In?

Chelsea Peng I'm Chelsea Peng, the assistant editor at MarieClaire.com.
This content is created and maintained by a third party, and imported onto this page to help users provide their email addresses. You may be able to find more information about this and similar content at piano.io
Advertisement - Continue Reading Below
More From Culture
You *Need* to Follow the 'Bling Empire' Cast on IG
Watch the Trailer for the New 'Euphoria' Special
Advertisement - Continue Reading Below
We've Getting a Season 2 of 'Bridgerton'
New Drama Movies That Promise to Move You
The Sexiest New Movies of the Year
A Look Back at Princess Anne's Life in Photos
Where Is the Cast of 'Gilmore Girls' Now?
'The Bachelor' Is Back!
Who Is "Queen" Victoria on 'The Bachelor'?
Matt James' 'Bachelor' Cast: Everything We Know