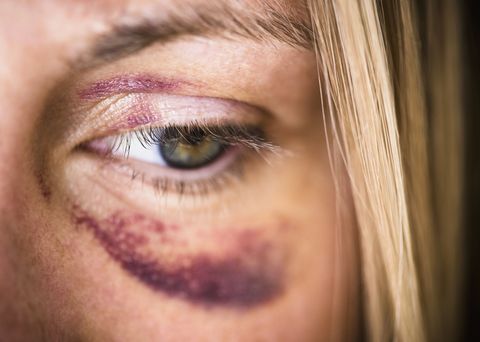 We may only be a few months in, but so far 2015 has been a big year for women's issues across the globe (we, ahem, kind of predicted this early on). The spotlight has shone on major achievements and strides the no-longer-second-place sex has made since women's lib took hold—but it has also highlighted many of the ways in which the world remains a dangerous place if you happen to have a vagina.

Case in point: Following International Women's Day on Sunday, the United Nations communed to discuss the current state of female affairs and how they compare with statistics from a generation ago. At the historic 1995 Beijing World Conference on Women—a meeting which marked a significant turning point in the global conversation about gender equality—189 countries pledged to achieve gender equality by 2005 (also known as the Beijing Declaration and Platform for Action), and every five years since, the U.N. has met to review progress on the pledge. But according to recent analyses, we're running way behind in some very important areas—particularly when it comes to violence against women. Some especially frightening stats from Monday's U.N. presentation include:

The report cited studies that also revealed disappointing stats about the chronic under-reporting of sexual and physical abuse against women, as well as the economic impact of domestic abuse against women and children: The cost to the global economy is $4,000,000,000 (yep, four trillion dollars).

The findings aren't all bad (for more uplifting statistics, check out the graphic below). Literacy rates continue to improve, as does the wage gap and the presence of women in leadership roles. But—as U.N. Secretary General Ban Ki-Moon said yesterday—progress has been "uneven" and "unexpectedly slow," and there are more ways than ever before to threaten women, courtesy of the Digital Age. So if we're going to make it to a completely gender equal planet by 2030, we'd better start to step it up.

College Guys Think They're Held Too Accountable for Sexual Violence