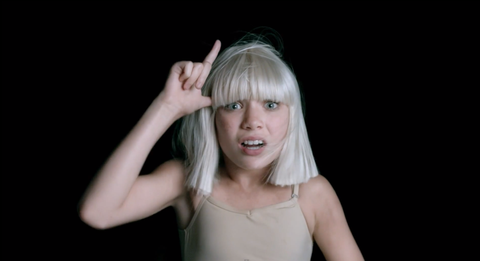 For about two minutes, the camera focuses on Ziegler's face, as she wears a platinum, bobbed wig, twitches, and grimaces expressively—sort of like when all of Maddie Ziegler danced with Kristen Wiig at the Oscars. Then, the camera pans out a bit, and you can see her manic shoulder movements and Beyoncé "7/11" foot-phone. Whose red-lacquered hands reach out to grab her throat after that? And could they possibly belong to an unexpectedly cheerful-seeming blonde woman?

Watch the video below.

You Are Not Seeing Things: Kristen Wiig DID Perform with Sia at the Grammys

Kanye West Released a Brand-New Song with Sia at NYFW