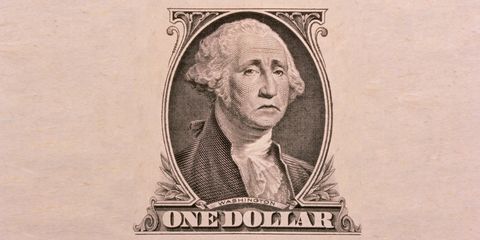 One of the most common reasons that some women use to explain why men should pay for dinner is the fact that women spend a lot more money on beauty products. The counterargument to that, rightfully so, is that women don't need to spend all this cash making themselves look extra polished and that it's a personal choice. But what about when it comes to just regular, everyday necessities?

That's what the creators of the video below set out to discover, and boy are the results depressing. The female and male host took the same items by the same company and compared them to one another, and found that a female product consistently cost more than its male counterpart.

While it's no scientific study, the results are hard to argue. Even when they bought the exact same shirt at American Apparel (which employs unisex pricing), it cost more to dry clean the female shirt than the male one. And in case you had any doubts that this was because of gender, the receipt was actually labeled "Lady Shirt."

And even with their pillows, the black one actually cost a dollar less than the pink one because pink is a more girly color. This is farcical! This is madness! This is 2015 for gods sake? Women still make 0.70 cents for every dollar a man makes and still have to pay $1.47 extra for the same lousy razor? Unbelievable.

Watch the whole video and let's all be a bit depressed together, I guess.

Advertisement - Continue Reading Below
More From Culture
Great New Movies Based on Real Events
You Can Now Take a 'Love Is Blind' Vacation
Advertisement - Continue Reading Below
The Best New Music of 2020 (So Far)
Will Hannah Ann Sluss Be the Next 'Bachelorette'?
The 13 Sexiest Movies on Netlfix
'The Bachelor' Has Already Finished His Season
An Investigation Into the Next 'Bachelorette'
This Amazon Reality Show Is a Fashion Girl's Dream
The 25 Sexiest Music Videos of All Time
Who Is 'Bachelor' Contestant Victoria Fuller?