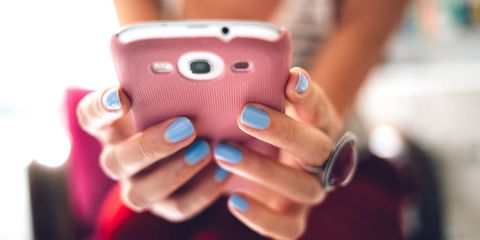 —In Charleston, the 21-year-old man suspected of shooting nine people at Emanuel African Methodist Episcopal Church this week is expected to make an appearance in court—and will likely face the death penalty. (New York Times) NRA board member Charles Cotton blamed the pastor, mind-blowingly, for the shooting. (Esquire) Meanwhile, President Obama seems more resolved to pass gun restriction laws before his time in office ends. (New York Times) Oh, and Jon Stewart decided not to do any jokes during his segment on Charleston last night. (The Hollywood Reporter)

—That shocking, impressive, painfully-long nude walk of shame Lena Headey bucked up to get buck-naked for? A body double. (Marie Claire)

—The trailer for Malala Yousafzai's new documentary He Named Me Malala is here, will move you to tears. (Marie Claire)

—Brian Williams is officially being replaced by Lester Holt on NBC Nightly News, and on the Today Show he told Matt Lauer the whole thing has "been torture." (Esquire)

—Pixar's much-hyped new movie Inside Out opens at the box office today. (Variety)

Disney/Pixar
This content is created and maintained by a third party, and imported onto this page to help users provide their email addresses. You may be able to find more information about this and similar content at piano.io
Advertisement - Continue Reading Below
More From Culture
'Behind Her Eyes': Is Astral Projection Real?
The Book-to-Movie Adaptations to Catch This Year
Advertisement - Continue Reading Below
The Best Easter Egg in 'Behind Her Eyes'
Breaking Down the Ending of 'Ginny & Georgia'
68 Movies That Are Just Fully About Sex
Could 'WandaVision' Get a Second Season?
Is Wellsbury From 'Ginny & Georgia' a Real Place?
People Have a Lot of Feelings About 'I Care a Lot'
The World According to Billie
Will There Be a Season 2 of 'The Queen's Gambit'?