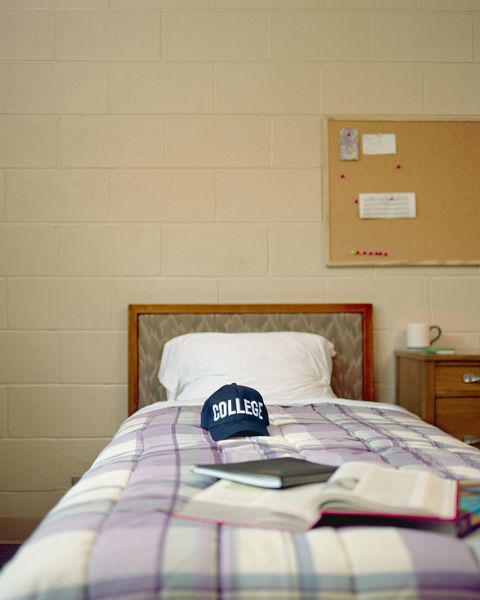 We've all seen the headlines, but here's the sobering truth: Today, one in five American women will be the victim of sexual assault in college. Hard to believe, isn't it?

This week, the Kering Foundation (the charitable arm of luxury group Kering, which owns brands like Alexander McQueen, Gucci, and Saint Laurent) threw its hat in the ring to make it stop. For the first time ever, they've honored a U.S. organization—We End Violence, which specializes in fighting rape on college campuses through interactive online workshops and awareness campaigns—with their Social Entrepreneurship Award.

What does that mean? While the organization has so far reached 130,000 students on 24 college campuses since its founding in 2008, the award's $34,000 grant and two-year mentorship means that's just the beginning. "We're not trained in running a business," concedes Jeff Bucholz, We End Violence's director. "Kering has critical advertising expertise that we lack. With their mentoring, we can explore how to take what we have and make it more desirable and accessible to different audiences using methods like micro-targeting." Kering's Chief Sustainability Officer Marie-Claire Daveu puts it this way: "It's great to give money, but money isn't enough. By also lending expertise, you can really make a difference."

Kering knows a thing or two about that. Since its inception in 2009, they've partnered with 47 NGOs to help over 140,000 women with targeted regional efforts that include fighting FGM practices in Europe and domestic violence in China. By identifying a specific hot-button issue in each region, the foundation feels it can make the most difference. And after hearing We End Violence's proposal, they decided that for the U.S., college campuses was that focus.

"We believe sexual assault on college campuses is a societal issue rather than an individual one," explains Carol Moseley, founder of We End Violence. "Prior campaigns and education focused on the survivor of the crime or the potential survivor: 'You shouldn't dress this way,' 'You shouldn't drink so much,' 'Don't go out alone,' 'Stay with a group.' We want to switch that thinking, and address the potential perpetrators and peers."

Boosting the effort is an additional partnership with Generation Progress's initiative It's On Us, which works with local student organizers to build campaigns and carry out policy change on their campuses. "Most of our clients are women, and inside the company, most of our employees are women," says Daveu. "So we feel we have a specific responsibility to take care of women." Now that's a message we can get behind.