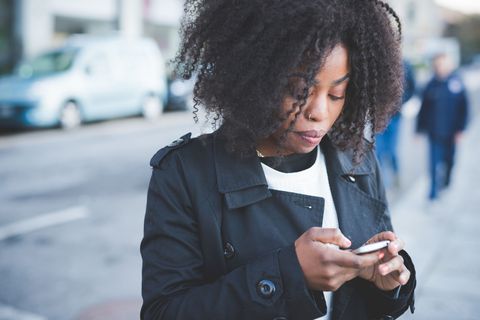 Update, 2 p.m.: Despite the fact that Mercury is not in retrograde, two massive tech disasters have had unprecedentedly widespread effects today: The New York Stock Exchange has been down since 11:30 this morning due to an "internal technical issue," (CNBC) and United Airlines grounded a large number of flights due to a "network connectivity" problem (Wall Street Journal).

—Serena Williams is unstoppable—the phenom beat out Victoria Azarenka in yesterday's match and is on her way to winning her sixth Wimbledon title. (The Guardian)

—In the wake of continuing scandal, Disney World is removing the Bill Cosby statue from its park. (Orlando Sentinel)

—There was a fatal shooting last night near the University of Maryland in Baltimore—three were killed and another was wounded. (NBC News)

—Yet another major brand is distancing itself from Donald Trump after his incendiary comments about immigrants—the PGA will no longer hold its tournament on his course. (New York Times)

—Microsoft is expected to make some major cuts today. This comes after announcing last year that it planned to lay off 18,000 employees. (New York Times)

—20th Century Fox has bought the rights to the life story of Jim Obergefell, the plaintiff in this year's landmark Supreme Court same-sex marriage case, and will be making a (sure-to-be blockbuster) movie in the vein of Philadelphia. (New York Times)

Getty Images
This content is created and maintained by a third party, and imported onto this page to help users provide their email addresses. You may be able to find more information about this and similar content at piano.io
Advertisement - Continue Reading Below
More From Culture
Simone Biles Quotes to Live By
Could 'Manifest' Come Back for a Fourth Season?
Advertisement - Continue Reading Below
'Bachelor In Paradise' 2021: Everything We Know
Read an Excerpt From 'We Were Never Here'
How to Join Marie Claire's Virtual Book Club
See Inside Julianna Margulies's Personal Library
The Most Unmissable Movies of 2021 (So Far)
The Eternal Sunshine of Juno Temple
Let's Talk About That 'Virgin River' Cliffhanger
Zendaya Shared a Teaser of 'Euphoria' Season 2