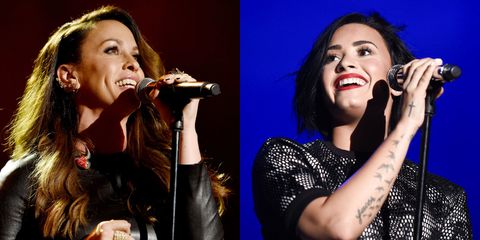 Just like she crushed "Hello" last week, Demi Lovato will slay/destroy/do really well when she and Alanis Morrissette perform together at this weekend's American Music Awards.

The duet was announced via tweet Thursday, and while the exact program hasn't been announced yet, Digital Spy reports the pair will commemorate the 20th anniversary of Jagged Little Pill with a rendition of "You Oughta Know."

Don't miss a performance at the #AMAs by @Alanis with @ddlovato and try out #AlanisAMAs for a special emoji! pic.twitter.com/YtmfLwFHBF