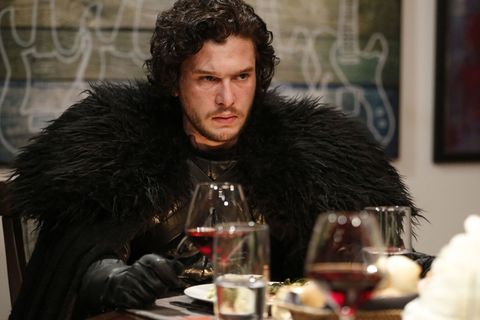 Jon Snow was stabbed to death in the final moments of Game of Thrones' season finale, but the fandom's attitude was basically "corpse pics or it didn't happen." So HBO was like "fine, guys" and released actual footage of Jon Snow's body looking 50 shades of deceased in the upcoming season.

You'd think that would be enough for true believers, but nope. The GOT fandom adopted a firm policy of:

So, HBO, taking pity on those of us clinging to the faint hope that Jon Snow is alive, just dropped a press release that includes the sentence "Jon Snow is dead."

Yeah, whatever HBO. The release also claims "Daenerys meets a strong man," which is clearly code for "Daenerys meets the Ghost of Jon Snow." Can't argue your way out of that.