If you have someone in your life who maintains that the world isn't sexist and everything's just fine and dandy, allow us to present this behind-the-scenes footage of Suicide Squad. Which, lest you forgot, won an Oscar.

The video below breaks down the film's complicated visual effects, including Cara's costume. The thing is, Cara pre-effects and Cara post-effects look very different—and we're not just talking about her outfit.

You can watch the full video above to see the change in action, but this GIF (courtesy of an eagle-eyed person on Reddit), illustrates the extent to which the model's stomach was flattened and slimmed.

Wait, what's that you say, internet? Hollywood is supportive of women and everything's just great so we should all stop complaining? Nah. 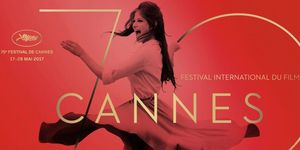 This Sexist Poster Will Make Your Blood Boil