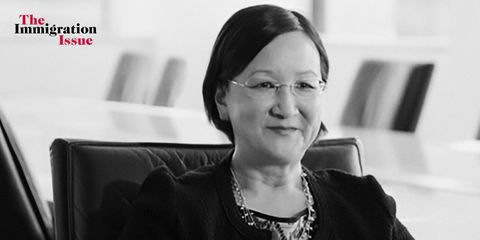 It’s fitting that a daughter of immigrants was the one to rule on the Trump administration’s request to detain migrant children and their families indefinitely. In July, Judge Dolly Gee of the U.S. District Court for the Central District of California in Los Angeles held that there was no basis to amend the Flores Settlement Agreement, which requires children to be released within 20 days, allowing for the release of some families on bond while they await their court dates rather than be held long-term while their cases make their way through the courts. “What is certain is that the children who are the beneficiaries of the Flores Agreement’s protections…are blameless,” Gee wrote.

It’s fitting that a daughter of immigrants ruled on the Trump administration’s request to detain migrant children indefinitely.

The decision came as no surprise to those following her career. Gee has long fought for the downtrodden, having advocated for labor unions and affirmative action in her time as a lawyer. She also represented the victims of the 1992 Rodney King riots pro bono.

The first Chinese-American woman to become a federal judge (she was appointed by President Barack Obama in 2009), Gee was inspired to enter the profession by a childhood spent helping her mother, a Chinese-born garment worker, with job applications and at doctor’s appointments. “I saw the difficulties she encountered as a non-English speaker,” Gee said in an interview with the National Asian Pacific American Bar Association in March. “I wanted to do some type of work that would help to address…the inequities I saw as a child.” No doubt her latest ruling made her mom proud.