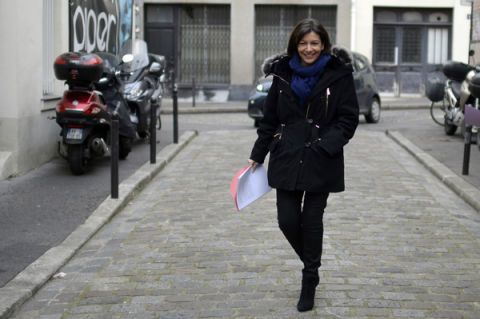 The City of Light will elect a new mayor this month and for the first time in its history, the top office will be held by a woman.

This election is a big one for the French capital, not only due to the feminist significance. Despite Paris's longstanding allure of charming streets, quaint cafes, high fashion and endless art, residents are combating a housing shortage and pressures to keep up with vibrant international and economic hotspots, such as London.

Candidates Anne Hidalgo and Nathalie Kosciusko-Morizet will face off in an election that will be held in two rounds on March 23 and 30. Hidalgo is favored to win, but here's what you need to know about the two candidates making history as they compete to become Madame le Maire.

1. Hidalgo is a member of the county's socialist party and her victory would keep the city consistent with the policies of France's president François Hollande, despite his wavering popularity.

2. She served as the deputy to outgoing Mayor Bertrand Delanoe for 13 years, which means that she already has working relationships with City Hall.

3. Born in Spain, her family immigrated to Lyon, France, where she was raised.

1. She is a member of France's center-right political party, Union for a Popular Movement.

2. In 2013, Kosciusko-Morizet finished up a five year term as mayor of Longjumeau, a Parisian suburb.

3. She previously served as spokeswoman to former French president (and husband of supermodel Carla Bruni) Nicolas Sarkozy, and is regarded as his "protegee".