I don’t want to get married and the reason why is complicated.

My lack of desire to tie the knot is not because I do not have a significant other that I love. I’ve adored my partner since the moment I first saw him playing basketball alone at a local park.

“Hey, can I shoot with you?” I asked him with a bit of hesitation.

“Yeah, if you wanna,” he coolly responded.

In our time together, we’ve continually managed to gracefully overcome standard relationship issues, like establishing sexual boundaries and making time for one another despite hectic schedules. Since our chance meeting that day at the park, I’ve had a partner in the true sense of the word.

We even recently became parents together. He held my right leg and counted down from ten on every contraction, while I pushed our baby girl into the world. He beamed at her with love as she snuggled on his chest during “skin-to-skin” time. Then he looked up at me, still grinning, and any fears I ever had that we would not last vanished for good. I finally felt confident enough in our relationship to say “yes” to the big question.

And yet, I’m hesitant to actually walk down the aisle.

“How do you feel about getting married?” he asked casually over dinner a few months after bringing our baby home from the hospital. I shrugged and stared at my plate, trying to avoid eye contact. The silence was deafening.

Dating is a numbers game—one that is rigged against me and women who look like me.

About 6 years ago, I picked up a book titled Is Marriage For White People? How the African American Marriage Decline Affects Everyone by Ralph Richard Banks. I was a 21-year-old college student trying to find a committed, respectful relationship in the midst of New York City hook-up culture. Men were more interested in getting a drink and going back to my place than they were in my name, let alone my hobbies or passions. I blamed all my bad dates on the city’s commitment-phobic dating scene.

But the problem isn't where I lived. Female friends all over the country are having difficulties finding a partner worth marrying, especially if they’re black. A close friend thought she was having a baby with the love of her life whom she would eventually marry, only to find out that he got another woman pregnant.

“Mixed babies are cuter,” he told her when she found out. He’d already branded their black fetus less desirable than the one he created with a white woman.

“There are no black guys on my campus,” one girlfriend lamented to me recently about her university, where she feels dating options are severely limited. And whenever I meet very successful middle-aged black women, they’re typically single and without children. Banks’ book laid out the reason why plainly: Dating is a numbers game—one that is rigged against me and women who look like me.

“All of the guys I grew up with are either dead or locked up,” my partner once explained as we drove through the Jersey City neighborhood of his childhood. There is a crisis in the black community. A health crisis. An education crisis. An incarceration crisis. A violence crisis. Black men are disproportionately losing the fight to overcome those crises, while black women are desperately trying to flourish, creating an imbalance of available men versus women.

According to the National Center for Education Statistics, of associate's and bachelor's degrees awarded to black students between 2013 and 2014, more than 60 percent went to black women. Meanwhile, Michelle Alexander points out in her book The New Jim Crow that there are more black men under correctional control today than there were under slavery in 1850—at least 1.7 million, to be precise—limiting their opportunities for education and employment. Black men are roughly seven times more likely to be killed than black women.

Even if black men overcome all this—if they survive, if they thrive—they do not want to marry a woman like me. Black men are twice as likely as black women to seek marriage outside of their race. Statistics collected by OkCupid reveal that black women are the least desirable demographic in the dating pool. 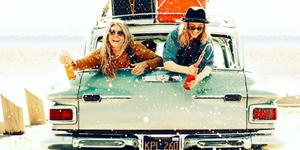 Because of these realities, I had resigned to the idea that there would be no “I do” in my future. I was okay with being alone. I was going to travel the world and adopt kids.

Still, secretly, I wanted a loving spouse and children of my own.

That view of my future drastically changed when my casual request to shoot hoops was accepted. Not only did I find a black man who wanted to love me, but I also felt he was worthy of my love.

I had hit the jackpot: My guy loved black women, had never been to jail, had a master’s degree in social work, and was dedicated to fatherhood and his career. I beat the odds that insisted I would never find a suitable partner to marry.

But finding a spouse is only half the equation. Marriage should create a safety net for couples, but for some black women like me, it just means a whole host of new problems to navigate.

While I was worried about finding a suitable guy, I overlooked the ways that I could be “unsuitable.” I failed to recognize that America disincentives marriage for black women trying to bootstrap their way out of the generational hardship created by centuries of disenfranchisement and discrimination. In my current financial circumstance, being a single mother is better than a married woman.

We then have the hardest time paying these loans back, thanks to persistent gender and racial wage gaps: In 2016, the median weekly earning for white women was $766, for black women it was just $641. That’s $500 per month that could have gone to expenses like these payments.

These statistics aren’t just numbers for me. I, like so many other educated black women, am a financial liability. Not only did I leave college with tens of thousands of dollars in student loan debt, but I have struggled for years to find full-time work, despite sending out resume after resume.

I am not alone.

Financial strain seems ubiquitous and unavoidable for most black families.

It's not just that getting hitched could potentially harm our finances—there are actual, tangible costs. The new Pay As You Earn plan (revised in 2015), which determines student loan payment caps, helps single earners, but can drastically increase monthly payments for married couples. As a single, lower-income mother, I qualify for health insurance through the Affordable Care Act, which also covers my baby. Marriage would afford us access to family health insurance plans, but the average for family health insurance premiums is about $600 more per month than it is for a single adult’s.

And those marriage-related tax benefits? Many families with a low-income earner experience a marriage penalty, usually because their income combined with their spouse’s disqualifies them for the Earned Income Tax Credit. This disqualification could cost us as much as $6,000 come tax time. Filing jointly as a married couple has zero benefits for us. 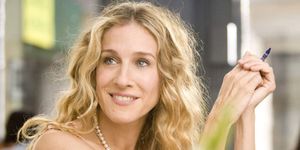 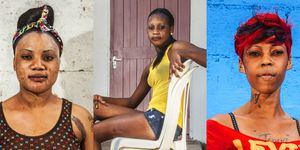 Why Skin-Bleaching Is Still Prevalent in Jamaica

Financial strain seems ubiquitous and unavoidable for most black families. It is no wonder that divorce also does. While I would love to say “I do” to the man I love, I don’t want our relationship to end up in ruins because of money issues.

Many people reading this probably think that’s part of what the institution of marriage is all about: Taking on one another’s commitments and supporting each other through financial hardship. Those people do not understand that this country’s institutions constantly fail black people. They do not know about the median $100,000 wealth gap between black and white families, generated by centuries of discrimination and oppression. They cannot grasp the harsh reality that America promised opportunities to black people who chose to embark on the quest for higher education, but in reality saddled us with mountains of debt. They do not know that redlining confined us to subpar neighborhoods with subpar schools. That the justice system continues to prey on us, instead of protect us. They cannot fathom an existence where they are labeled “undesirable” simply because of the color of their skin.

I choose to fight against these hardships by remaining unmarried. I've made decisions that ensure we have access to basic resources like healthcare, food in the fridge, and, potentially, savings to buy a house.

If that means I have to forfeit the fairy tale wedding, then so be it. If that means I must bear the brand of “black single mother,” then so be that, too. I give you, America, permission to label me as you see fit. I long stopped believing in American dreams.

This content is created and maintained by a third party, and imported onto this page to help users provide their email addresses. You may be able to find more information about this and similar content at piano.io
Advertisement - Continue Reading Below
More From Deep Dives
Generation Yara
Love Has Lost: Inside a Conspiritualist Cult
Advertisement - Continue Reading Below
5 Women Journalists Reflect on Covering 9/11
The Eternal Sunshine of Juno Temple
Everybody Loves Annie
Would You Deliver Your Own Baby?
Standing Between Care and Violence
Seeking Healing a Century After the Tulsa Massacre
The 14 Best Beauty Products in the World
So You Want a Postnup