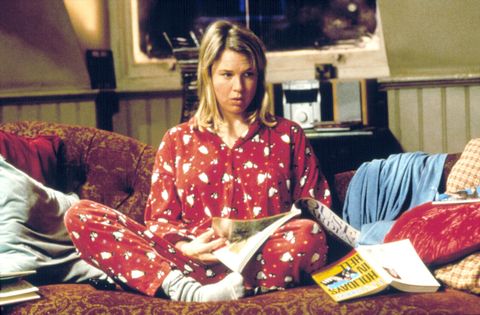 The Problem: Not finding "your type" in your city.

Siggy: Earlier you also said that you like a specific body type, and that an attractive man is really important.

Carly: That's true. I also always go for guys I want to help. I'm a fixer.

Siggy: That's because somewhere in your mind you don't think you're worthy of getting a winner. It's all in your head—you're a stunning girl. There's something that holds you back.

Siggy: That's what makes you think, Oh, I'm too tired to put on makeup and go out twice a week. Really? You've got to put in the effort. You're your biggest problem! And when you look for only one type of man, you set yourself up for failure. The girls who marry the insanely good-looking guys are often the ones who get cheated on. Open your eyes a bit more. Instead of saying, "I have to get up at 5 a.m." and running out of an event, give other people a chance.

Carly: I'm at the point where I'm thinking about moving. I came to New York six years ago, but I love being outdoors and being active. There's not a lot of that here.

Siggy: You're going to be shocked, but I think you should move. Seriously. If it's not working, good-bye. You could try it for just a summer.

Siggy: I usually have to go through seven sessions with someone to get here! You know exactly what you want, and you're not finding it. Change where you are, change your luck.

Carly: I was home in Arizona for the High Holidays, and a woman came up to me at my synagogue and said, "I need to set you up with my nephew." He lives in San Diego, and we've talked on the phone. San Diego could be interesting . . .

Carly: I made every effort to go out every time someone asked, even if I was tired, and I always had a great time. Then, two weeks after I spoke with you, I met someone—the guy from San Diego! He came to visit. I was so overwhelmed when he walked into my apartment that I couldn't look at him. And I don't get nervous! But within five minutes we were holding hands, and we had a magical weekend.

Siggy: I can't take it! You finally admitted to yourself, "I'm not happy here!" And now you're meeting people.

Carly: A few weeks later, I'd planned to go to Chicago, where my brother lives, to check out jobs. My guy flew there to meet me and told me he wanted to be exclusive. My brother was like, "This is The One."

Siggy: I think you two are going to end up together! Other people might not understand, but it doesn't matter. It got you out of your rut in New York!