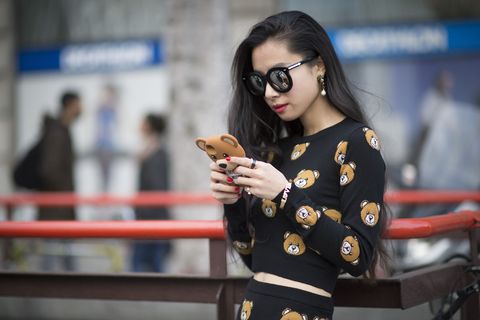 If you've ever been on Tinder like, "Damn. I really shouldn't have trusted my instincts and swiped left on that guy before because the guy after him resembles a Box Troll and I don't want to die alone," good news! For a low, low price of $9.99, you can bring him back from the reject abyss!

Tinder Plus, the paid, ad-free version of the location-based dating app, is reportedly launching today with some new features: Tinder Moments, photo messages sent to all your matches; the Passport functionality, which lets you look up hot singles anywhere in the world; and Rewind, which is like Command + Z except you can only go back once.

The way this promotional video explains it, Tinder Plus will help you reverse a finger slip so you can meet an ambiguously French man in Paris who follows you to Istanbul, then presumably back home because this is obviously true love we're dealing with, not a mere roving hookup.

Tinder's Got Some Competition: Meet the NEW New Dating Apps