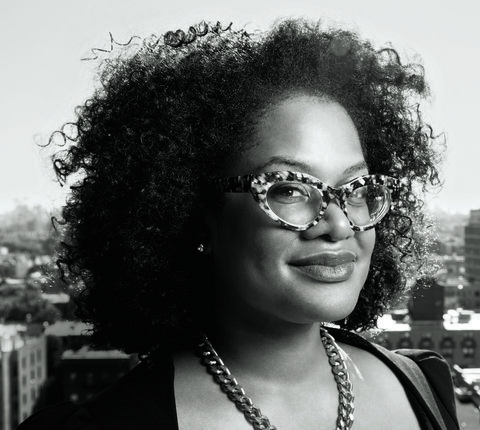 For women, winning a billion-dollar valuation is an uphill battle. For Black and Latinx women, securing a million-dollar valuation proves just as difficult. After a nightmarish pitch session with white male investors, Digital Undivided founder Kathryn Finney decided to take matters into her own hands. Here, she shares how (and why) she’s shaking up the innovation ecosystem.

In 2009, I sat in a room pitching a startup as part of a fancy incubator in New York. My idea? Birchbox for black women, who spend an estimated $7.5 billion annually on beauty products. I saw the trend firsthand through my lifestyle blog, The Budget Fashionista, which received more than 1 million visitors a month.

That didn’t matter to the room of white male investors I was pitching. One investor told me that he didn’t think I could relate to other black women because I had an accountant. Another told me he didn’t “do the black women thing.”

For the first time in my life, I felt invisible. Black and latinx women are the fastest-growing group of entrepreneurs in the U.S., but you wouldn’t know that by looking at the rooms where decisions are made about funding and access to networks and capital.

This dynamic is especially troubling for black women, whose entire existence in this country can be traced back to a livelihood ruled by white men. Freedom and equality for black women in this country—especially as it relates to ownership of our property, our work, and our identity—is still a fairly radical notion. And nowhere is this more true than in today’s innovation ecosystem.

My vision, then and now, is a world where, as women, especially women of color, we own our work and thus become empowered to control our economic destiny. That’s why I founded Digital Undivided (DID) in 2013. DID uses data to launch development initiatives that create pathways into the innovation ecosystem for black and latinx women founders.

"My vision is a world where women of color own their work and become empowered to control their economic destiny."

An example of that data in action? #ProjectDiane, named after civil rights icon Diane Nash. Our ongoing proprietary research initiative, launched in 2015, continuously collects information about black and latinx women startup founders. We released our first study, “The Real Unicorns of Tech: Black Women Founders,” in the winter of 2016. That year, there were 88 U.S.-based tech startups led by black women—in total, these companies received less than 0.2 percent of all funding.

The #ProjectDiane report inspired the launch of DID’s Big Incubator, a 30-week program in Atlanta for innovative businesses run by women of color. Recent graduates like Farah Allen, founder of music-collaboration platform The Labz, recently received investment from Comcast/NBCUniversal’s new accelerator program, and Bryanda Law’s company Quirktastic, a media site for “misfits of color,” has such strong revenue flow that it doesn’t currently need investment.

The data itself is improving too. When we released that first #ProjectDiane report, there were only 11 black female founders who had raised more than $1 million in funding. Today, there are 27, like Kellee James of commodity exchange platform Mercaris, who has raised over $3 million, and Cheryl Contee, who raised $2 million, then sold her marketing software startup Attentive.ly to Blackbaud in 2016.

So, what happened to the idea I pitched back in 2009? I left that incubator program and instead sold my company. I took the money and launched DID, joining a growing community that encourages, celebrates, and invests in the brilliance of Black and Latinx women.

This story appears in the April issue of Marie Claire, on newsstands now.