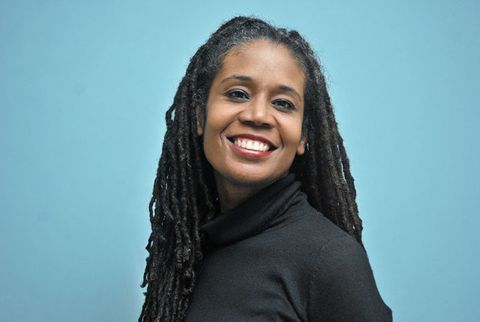 On Xueyan Feng's 18th birthday, her father, Zhaodong, asked if she wanted to change her name. Xueyan — pronounced "Schwinn," like the bicycle maker — means "snow swallow" in Chinese, and Zhaodong had chosen the name because he had seen a snowbird fly past a mountain at the moment of his daughter's birth. Despite the symbolism behind the choice, Zhaodong felt his own name may have limited him professionally when he first arrived in America (he is a professor) and did not want his daughter to suffer the same fate.

Feng, now 28 and a banking associate at J.P. Morgan, toyed with the idea when she graduated from college and started working. Her bosses routinely mangled the pronunciation of her name, causing the occasional awkward moment when she was introduced to clients and new colleagues. But in the end, she decided to stick with it. "Sometimes I wonder if people make assumptions about me based on my name, that I'm the stereotypical Asian — very quiet, not a leader," Feng says. "But people also remember me because of my name — it makes an impression, more so than it would if I were a Melissa."

Feng's concern — how much of her heritage is too much to bring to work? — isn't uncommon among the newest generation of female go-getters. In the last decade, the number of minority women in mid- and senior-level managerial positions increased almost 50 percent, according to the Equal Employment Opportunity Commission. And despite working in offices that claim to embrace cultural diversity, many young professional women with overtly ethnic names or appearances face pressure, both tacit and explicit, to conform — more than their male counterparts, who don't have to reconcile, say, saris or head coverings with a suit-and-tie office culture. "It doesn't bother me on a personal level if someone dresses a certain way because of their cultural background," says an IT services manager at a New Jersey — based consulting firm. "But corporate attire is corporate attire. So if a woman came in a sari to interview for a job that involved seeing clients, I would ask her about it: 'Is this how you dress for your day-to-day work?'"

In a 2009 poll of female managers and business owners conducted by Pink Magazine, 98 percent of respondents said looking professional was critical to their success on the job; one in five female execs even admitted that they'd withheld promotions and raises from underlings based on how they dressed. The implication: Stand out too much and it could cost you. While it's illegal for an employer to discriminate based on race or religion, dress codes are much fuzzier terrain. Bosses and HR managers take all sorts of subtle cues — from accents to shoe styles — into consideration when evaluating whether a potential hire will fit their corporate culture. Let's face it: The more conservative look typically wins out.

L'via Weisinger, a registered nurse from Teaneck, New Jersey, is an Orthodox Jew who always covers her hair. She usually wears a beret, but when she goes on job interviews, she opts for a wig, which she says seems less conspicuous. Four years ago, when she landed a job at a prestigious Manhattan hospital, her recruiter advised her to skip the beret and wear the wig to work instead. "It was something to the effect of, 'We don't want you to stand out,' and if I wore a wig, it wouldn't be as noticeable that I was covering my hair," recalls Weisinger, 43. "I was a little taken aback but so grateful to have the job that I did it."

When Weisinger left to work at another hospital, she decided to wear a beret from the outset. But she senses that her new colleagues assume that she's too religious to share in their off-color jokes and late-night bull sessions, an important bonding ritual among the nurses. While they never overtly ostracize her, Weisinger says she doesn't feel entirely like one of the girls. Still, she's relieved to finally be herself at work, regardless of its impact on her social standing there. "I am an excellent nurse," Weisinger declares. "This beret does not define me — it is just something on my head."

Weisinger's experience is typical for many women who struggle to maintain professional reputations unfettered by their strong religious or cultural identities. Invariably, there's a trade-off. As a dean at a large public charter school in Washington, D.C., Michele Gray oversees the teaching staff on six campuses and is responsible for writing the curriculum taught to 1,500 students. She's a well-known, highly regarded educator who usually wears her dreadlocked hair down while at work. But she pulls it back for important meetings, including one she recently attended with a potential donor. "I didn't want anyone else's preconceived notions to keep our school from getting the money that it deserved," Gray, 38, says. It's not that she feels she'll face discrimination because of her dreadlocks, but that the look might suggest a hippie sensibility or even a lack of polish among more buttoned-up crowds. She thinks she'll be taken more seriously if the focus is off her hair. "I want to make sure people know that I am smart and can do anything that is asked of me," Gray says. "So, yes, that means there are certain times I will wear my hair up. I want people to see me and hear what I have to say."

When Tiyash Bandyopadhyay moved to New York from Delhi and scored a high-paying job for a top-tier consulting firm, the then-24-year-old cut her hair in short layers and filled her closet with conservative suits. She didn't dream of wearing her colorful salwar kameez to work, though there were no explicit prohibitions against it in the company dress code. "Maybe it was my interpretation, but I felt there was an emphasis on people being all the same in terms of clothes and overall look," Bandyopadhyay says.

Two years later, after she took a job as a product manager for a software firm, she read an article about Indra Nooyi, the Indian-born chief executive of PepsiCo, who once went on a job interview wearing a sari and sometimes attends company functions in one. ("Never hide what makes you," Nooyi has said.) Inspired, Bandyopadhyay began to integrate some of her traditional Indian pieces into her work wardrobe. "Nooyi got something that I had been missing," Bandyopadhyay says. "I dropped my pseudo-identity. By being myself — wearing Indian shirts and jewelry and talking about my holidays, like Diwali — I was more comfortable, so I could talk to people on an individual level rather than having this wall in between us." While several colleagues applauded Bandyopadhyay for her bold sartorial choices, most barely even noticed. "It really became a nonevent," she adds. "I only wish I had done it sooner."

Advertisement - Continue Reading Below
More From Money & Career
Women Are Allowed to Be Mean Bosses, Too
The Couple Who Made an App to Control Finances
Couples + Money
Advertisement - Continue Reading Below
The Right Questions to Ask on a Job Interview
Brie Larson Gave Me the Best Career Advice
Payal Kadakia Raised $1Billion—While Pregnant
Birchbox Boot Camp
The Couple With a Hugely Successful Finance Blog
Couples + Money
Dating When You're $120,000 In Debt
How to Lead a Big Meeting With Confidence
The Couple Who Paid Off 21 Credit Cards
Couples + Money