Jennifer Aniston and Justin Theroux are calling it quits. The couple made a joint statement to the Associated Press stating they would have handled their separation privately, but they wanted to counter tabloid speculation and "convey the truth directly." They say they intend to maintain love and respect for each other.

According to People, "the two spent quite a bit of time apart in recent months, with Theroux often spotted in New York City away from their L.A. home." The news come just one day after Aniston's 49th birthday, which they also spent apart—Aniston spent the day in Malibu while Theroux, 46, was spotted in NYC.

The pair have been married since August 2015. Aniston was previously married to Brad Pitt from 2000-2005, who recently became divorced from Angelina Jolie. 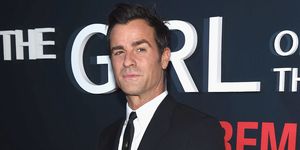 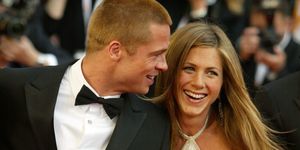 Brad Pitt Now Reportedly Texting Jen Aniston
Rachel Epstein Associate Digital Editor Rachel Epstein is the associate editor at Marie Claire, where she covers culture, politics, and lifestyle.
This content is created and maintained by a third party, and imported onto this page to help users provide their email addresses. You may be able to find more information about this and similar content at piano.io
Advertisement - Continue Reading Below
More From Celebrity
Matt Damon Trolled Ben Affleck and Jennifer Lopez
This Old Video of the Queen Saying "Nah" Is LOL
Advertisement - Continue Reading Below
Diana Had a Secret Message on Her Wedding Shoes
Will's Friends Made "Jibes" About Kate's Mom
William Will Suffer "Worst" from Harry's Memoir
Simone's Boyfriend Sent Her the Sweetest Message
Harry's Friends Don't Want to Be in His Memoir
Will & Kate's Modern Approach to Raising George
Meet Simone Biles's Super Supportive Parents
What Happens on Katie's Season?