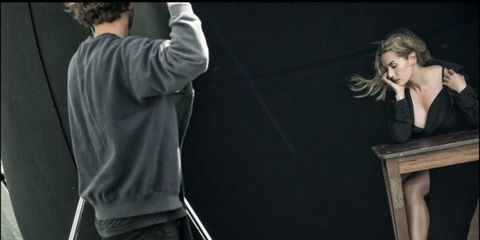 Like last year, the women are clothed—the second time Pirelli has done a calendar that isn't all nude.

Lindbergh photographed the women in five locations: Berlin, London, Los Angeles, New York, and France's Le Touquet (north of Paris). He has shot the calendar two other times, in 1996 and 2002.