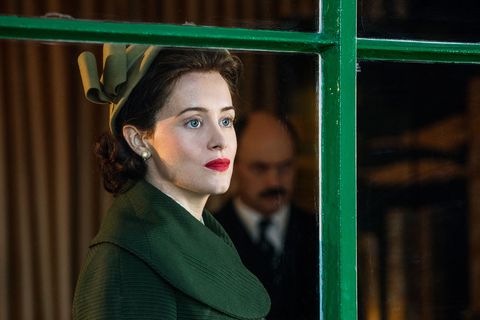 Earlier this year, reports circulated that The Crown star Claire Foy would receive back pay to rectify the pay disparity between her and costar Matt Smith. Those reports turned out to be false.

In April, the Daily Mail reported that Foy was given £200,000 (or about $250,000) in back pay from the show’s producers after news that she was paid significantly less than Smith caused an uproar among fans.

Now, however, Foy says there was no truth to the reports that she was receiving back pay to rectify the pay gap. In a new interview with Al Arabiya, Foy cleared things up and explained that neither she nor The Crown's producers have ever discussed back pay.

"That was what was reported that I was back-paid. I’ve never mentioned anything about it and neither have the producers. The fact that that is ‘fact’ is — not quite correct," she said. "Yes, it’s Netflix, but it’s a British production company. It happened at the same time as it was coming out with a lot of other people that there was a lot of pay inequality across the board — in the music industry, in journalism, in every industry. It’s across the board that it became part of a bigger conversation, which is an odd place to find yourself in."

Although Foy was not given back pay for her role as Queen Elizabeth, Suzanne Mackie, one of The Crown's producers committed to paying the show's lead actress fairly in the future. "Going forward, no one gets paid more than the queen,” she said.

Of course, that won't be Foy. In season three, Olivia Colman will take over the iconic role.

Kayleigh Roberts Contributor Kayleigh Roberts is the weekend editor at Marie Claire, covering celebrity and entertainment news, from actual royals like Kate Middleton and Meghan Markle to Hollywood royalty, like Katie Holmes and Chrissy Teigen.
This content is created and maintained by a third party, and imported onto this page to help users provide their email addresses. You may be able to find more information about this and similar content at piano.io
Advertisement - Continue Reading Below
More From The Crown
Princess Diana's Butler Talks 'The Crown'
Yes, Prince Charles Really Survived an Avalanche
Advertisement - Continue Reading Below
'The Crown' Copied Princess Di's Style Perfectly
Who Are Margaret Thatcher's Kids, Carol and Mark?
Who Is Sarah Spencer in 'The Crown'?
Princess Diana's Wedding Dress Is Now on ﻿Display
'The Crown' Season 4 Is Coming So Soon
Will Harry & Meghan Feature on 'The Crown'?
Imelda Staunton Will Play the Queen In 'The Crown'
Fact-Checking the Third Season of 'The Crown'